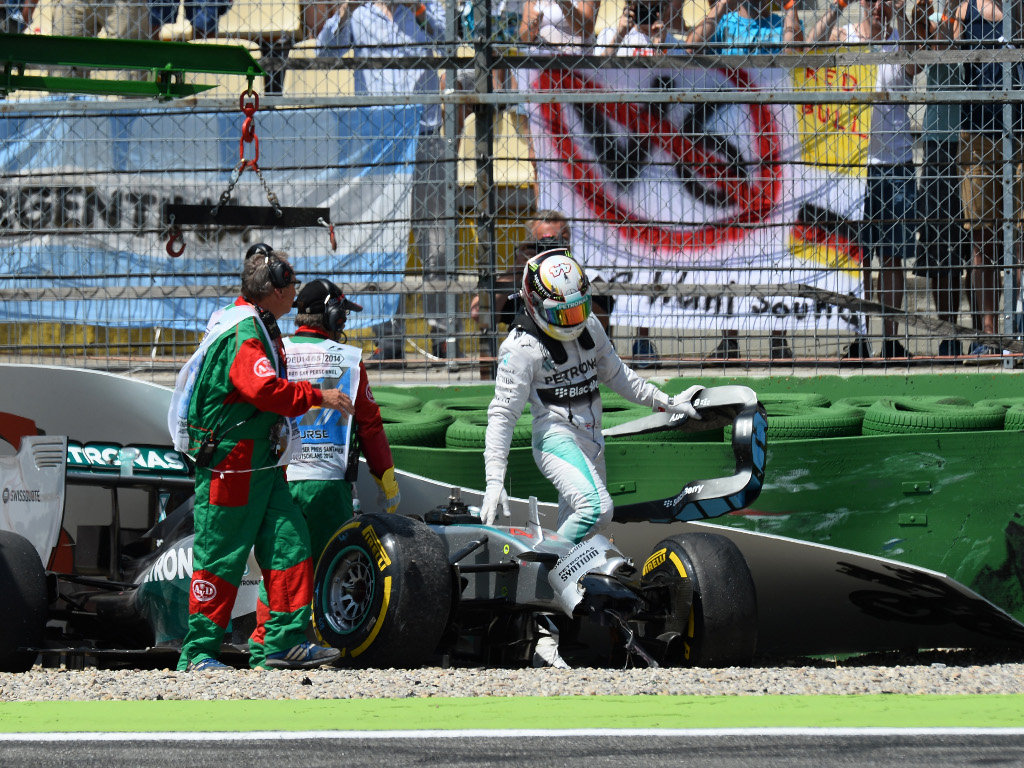 Lewis Hamilton will line-up on the German GP grid even though he is in “a bit of pain” following his qualifying crash.

Fighting to make it through Q1, a brake disc appeared to fail on Hamilton’s car, putting him into a spin.

Slamming into the barriers at the Sachskurve at speed, the Mercedes driver revealed the impact was “something like 30G.”

He was taken to the track’s medical centre for precautionary checks as he seemed winded and shaken.

He revealed: “I’m in a bit of pain but even if something’s broken, I’ll still be driving tomorrow.”

Hamilton will start the German Grand Prix 15th on the grid and determined to make up ground as he chases down pole-sitter Nico Rosberg in the Championship.

“I can’t believe it but things like this happen are sent to try us,” he said.

“The guys had done such a great job with the set-up and it felt great.

“The guys did lots of test with the brakes and it should have been alright, but it’s one of those things.

“It takes you by complete surprise. When you’re driving, you always have to have 110 per cent confidence in the car, and then you hit [the brakes] and it’s a real shock.”

The 2008 World Champion also jokingly added that his team-mate Rosberg got another present.

“Obviously, Nico has basically got another gift, but we’ll do what we can tomorrow,” he said, “We’ll figure something out – there’s still a decent amount of races to go…”