Home Uncategorized Hamilton: Incredible how close it is 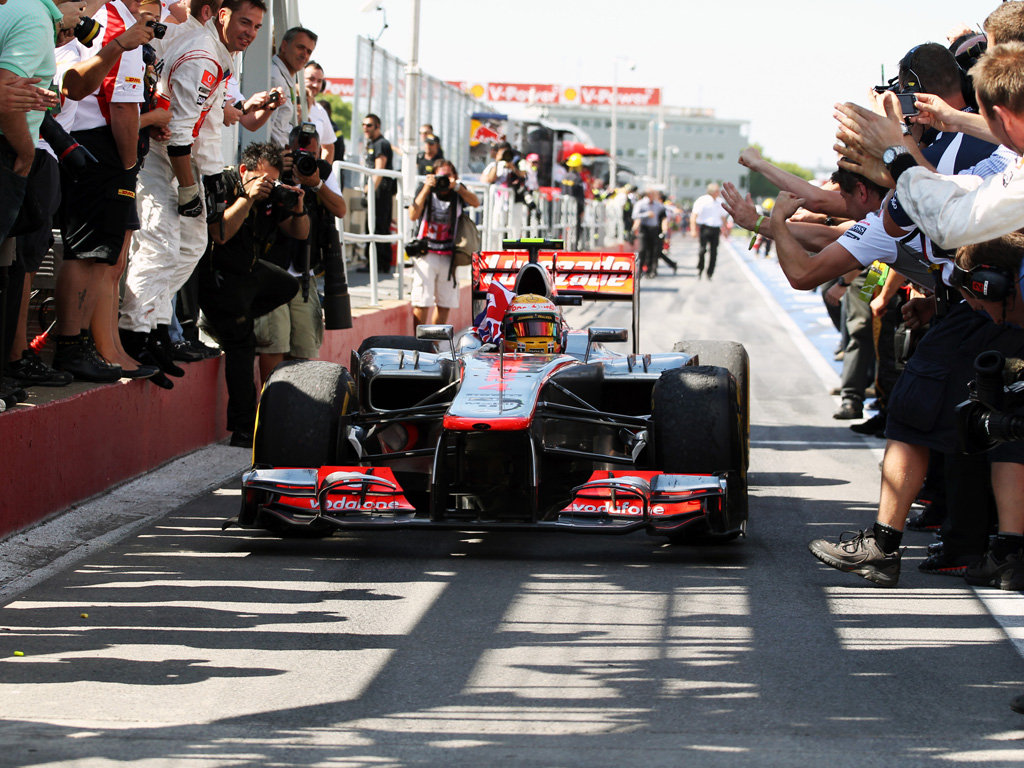 Lewis Hamilton has vowed not to change his approach just because he has his first win of the season and the lead in the Drivers’ Championship.

Hamilton became the seventh different driver to win a grand prix this season when he took the chequered flag in Canada ahead of Romain Grosjean and Sergio Perez.

It was the McLaren driver’s third victory at the Circuit Gilles Villeneuve and handed him a two-point advantage over Fernando Alonso in the Drivers’ Championship.

And as one of only two drivers to have finished every race in the points, the other being Alonso, Hamilton insists he won’t change his approach to the Championship having previously vowed to be more cautious.

“I’m definitely not going to change my approach, but I think it’s working reasonably well so far,” said the 27-year-old.

“I probably definitely had to be more on the limit to catch the two guys ahead, perhaps a little bit more risky than in the past but it is about consistency this year. I think it will be about consistency.

“It’s unbelievable to see just how close it is. We got a win and 25 points and I only have a two point lead, so it’s incredible how close it is and I think it will stay that close throughout the year.

“Again, it just highlights how important consistency is.”

But despite claiming his first win of the campaign, Hamilton reckons Montreal still highlighted at least one area where he needs to improve.

“Obviously they (Grosjean and Perez) were able to do a one-stop,” he said.

“I would have fallen even further behind maybe if I had done a one stop, so that’s just an area I know that we need to get stronger and we need to improve on as the season is probably going to be a lot like this, where you are having one or two stops throughout the season,.

“If we can improve on that, then I think we are in a really good strong position.”