Home Uncategorized ‘Hamilton is one of the quickest ever’ 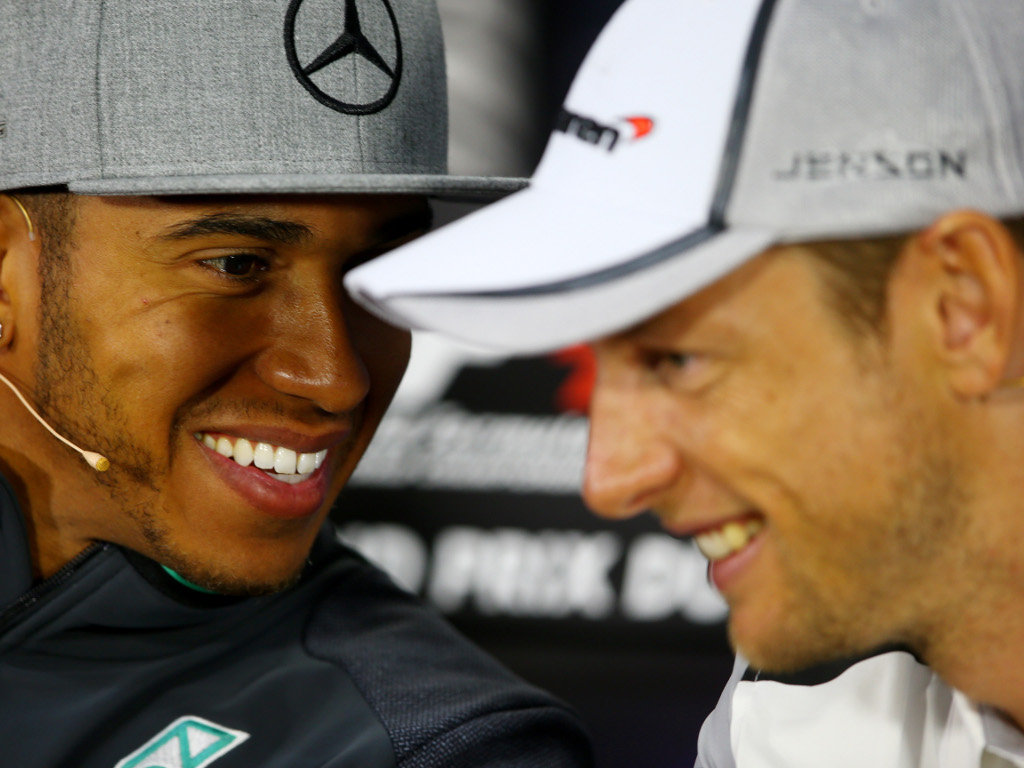 Jenson Button has hailed former team-mate Lewis Hamilton as “one of the quickest drivers ever to jump into a Formula 1 car.”

Moving over to Mercedes last season, Hamilton has found himself fighting for this year’s World title against new team-mate Nico Rosberg.

With six races remaining the duo are separated by just 22 points in Rosberg’s favour although Hamilton has six race wins to his team-mate’s four.

The Brit, though, has also had the bulk of Mercedes’ reliability issues, which have cost him dearly.

But despite his woes, former team-mate Button reckons Hamilton is one of the fastest F1 has ever seen.

“For me he is one of the quickest drivers ever to jump into a Formula 1 car,” Button told Sky Sports F1. “His natural ability is probably better than anyone in terms of outright speed.”

However, as Button pointed out, it takes more than just natural ability to succeed in Formula 1.

“We all know F1 isn’t all about natural ability, it is how you build on your natural ability and also how your engineering skills are and how you can work with hundreds of people within a team to develop a car.”

The Brit was also full of praise for the way in which his compatriot has dealt with this season’s trials and tribulations.

“He seems very comfortable in himself which is not the Lewis I knew when we were team-mates,” said Button. “He seems to be taking the problems that he has had on the chin.

“I don’t know if it is just a front or if it is that he feels confident inside that he can still come back from these problems and fight for the World Championship. I really think that he can.”