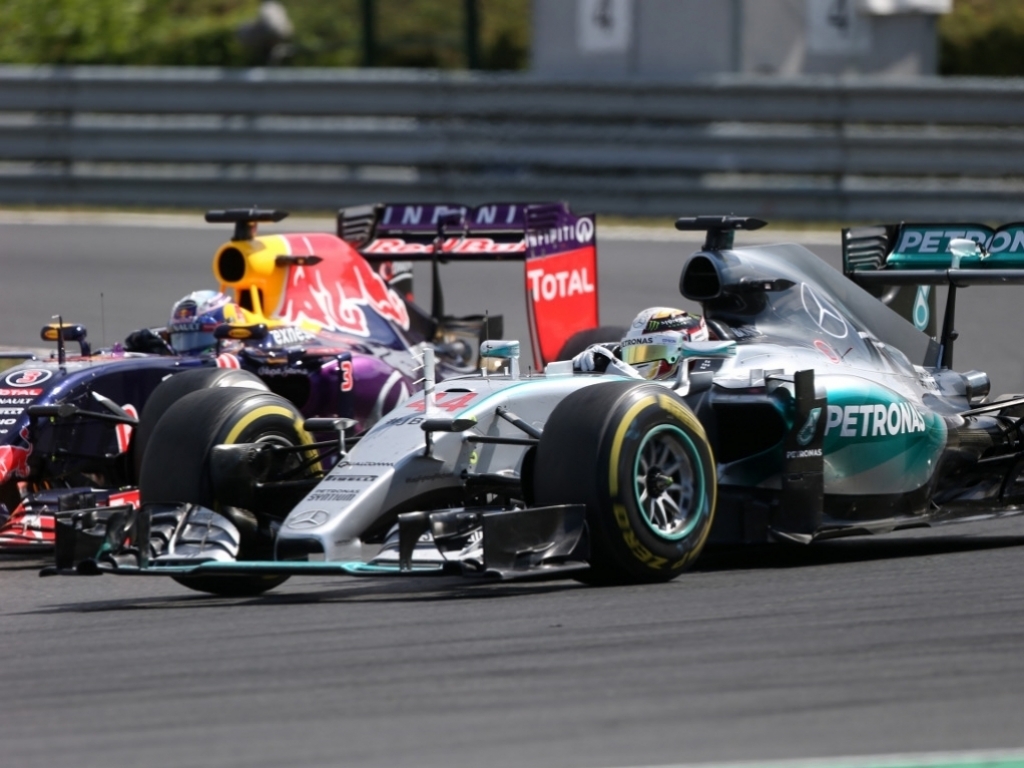 World Champion Lewis Hamilton was one of five drivers to fall foul of the stewards and receive penalty points in Hungary on Sunday.

Hamilton, who by his own accounts had a terrible race, received two penalty points for the part he played in a collision with the Red Bull of Daniel Ricciardo.

The Briton was forced to pit for a new front wing as a result. He rejoined down the field but fought back to finish in sixth position.

The five other drivers deemed to have breached regulations during the race were Pastor Maldonado, Romain Grosjean, Max Verstappen and Daniil Kvyat.

Maldonado and Grosjean both now stand on six points, the halfway point in the system which is calculated over a 12-month period. Drivers who receive 12 points over that rolling period will receive a race ban.

Maldonado was involved in three separate incidents during the race, including a collision with the Force India of Sergio Perez.

Grosjean received two penalty points for an unsafe release in the pits, Verstappen for lapping too fast during a safety car deployment and lastly Kvyat, for gaining an advantage by leaving the racetrack. He was battling for position with Hamilton at the time.