Home Uncategorized Hamilton: It wasn’t my call to go out 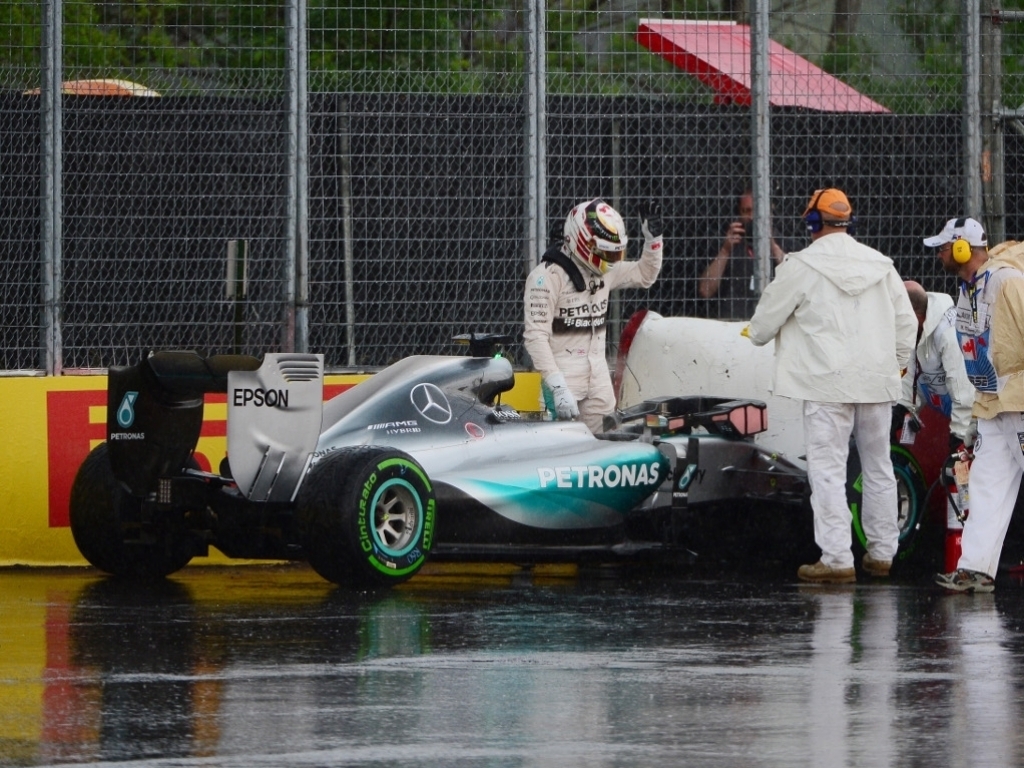 Lewis Hamilton was "pretty relaxed" despite his crash in FP2 in Montreal, but admits "it wasn't his call to go out" in the wet.

Determined to put his Monaco heartbreak behind him, Hamilton topped the timesheets in the morning's practice session and was then fastest on the supersofts in the afternoon.

The heavens started to open up only 35 minutes into Free Practice 2, but while the other teams opted not send their drivers out, both Mercedes drivers left the garage on intermediate tyres.

Hamilton didn't even complete a lap before he aquaplaned and went sliding into the barriers, damaging his front wing.

"It wasn't my call to go out, but it didn't affect our running," the reigning World Champion said after the session. "It's still been a good day so I'm pretty relaxed. The car is pretty good out there [and] I feel good about this weekend. I feel good in the car, very much the same as the last race."

As for the accident itself, he admits conditions at Circuit Gilles Villeneuve were pretty bad.

"I wasn't driving very fast, came into Turn 10 [the hairpin] and it was just like ice," he said.

"It literally was like being on ice and I was just a passenger. It's not the greatest but you have to laugh it off and the guys will work hard to fix it."

He also had a spin during FP2 and added: "The spin I was doing the corner normally then the ECU locked the rear wheels and I couldn't catch it. That's an issue we fixed so that wasn't really my fault.

"The other one I braked too late and went over the kerb."

When asked by Sky Sports what Merc could have learned in the wet he replied: "That was my question to the guys.

"You learn a lot about the clutch calibration, we knew that a big weather was coming so we'd rather do it on the Intermediates and then he aquaplaned off.

"Hopefully it is only front wing damage."

He continued: "It was much less. It was worth trying the clutch calibration as it was a task we needed to do.

"In hindsight it is not a big drama as the session was over anyway."