Home Uncategorized Hamilton: It wasn’t the best of days 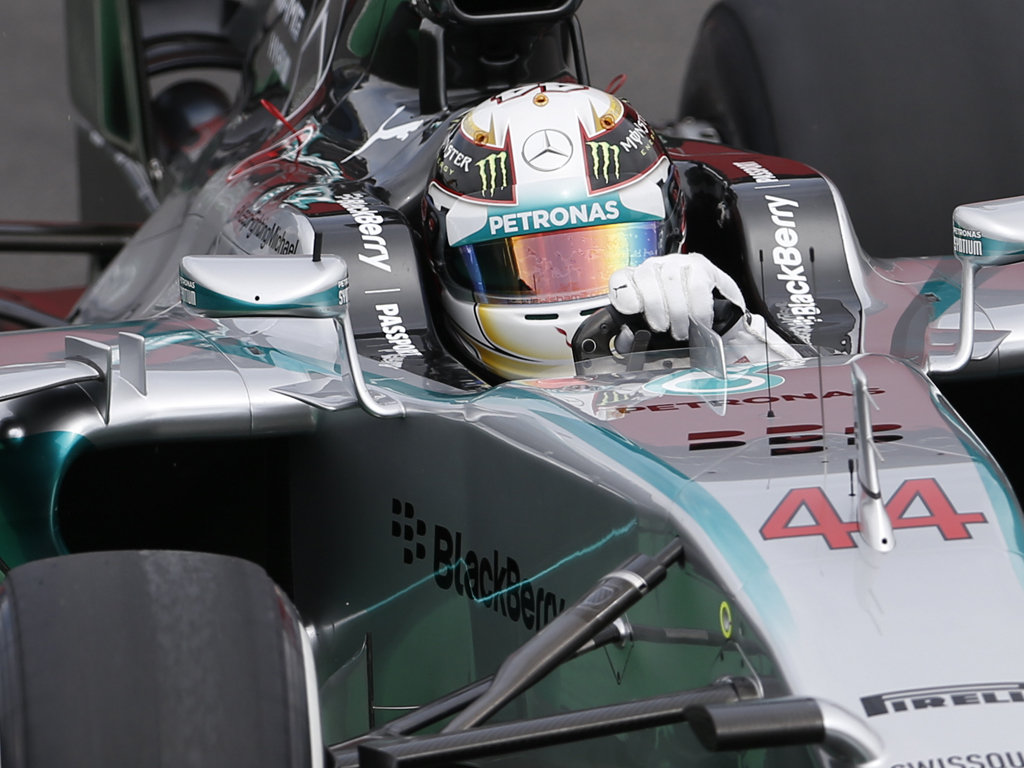 Lewis Hamilton admits Friday’s practice at Interlagos “wasn’t the best”, but he is optimistic things will improve for qualifying…

Lewis Hamilton admits Friday’s practice at Interlagos “wasn’t the best”, but he is optimistic things will improve for qualifying.

The 29-year-old was edged by Mercedes team-mate Nico Rosberg in both sessions with the German’s 1:12.123 on the soft tyres in FP2 more than 0.200s faster than his time.

Hamilton, though, had a lock up on one of his runs while also went off the track while the tyres were still fresh so he never really nailed a lap. It was also a stop-start session as there were three red flags.

Asked if he got a perfect lap on Friday, he replied: “I didn’t, no. But that’s not a big issue, it’s practice so that’s what you go out there to try and do. There were quite a few red flags at the end so we didn’t get much long running, but that’s the same for everyone.

“The car generally feels okay. There’s some improvements we can make for sure. It wasn’t the best of days, I didn’t really put together a really good lap but that’s to come tomorrow hopefully.”

He added: “It is [tough], particularly for the long runs, but it’s not a big issue today. Today is really just about trying to understand the car, trying to find out where your balance is and we’ve been moving that around.”

The new Interlagos surface and hot conditions, which hit 58 degrees Celsius at one stage, gave teams a few headaches with tyre degredation, but Hamilton was pleased with the track.

“It’s great, it’s nice and smooth – it feels really nice,” he said. The grip is good; the characteristics of the circuit today were difficult because of the temperature, but otherwise it’s good. It’s still the same bumpiness as before, it’s never really been that bad.”