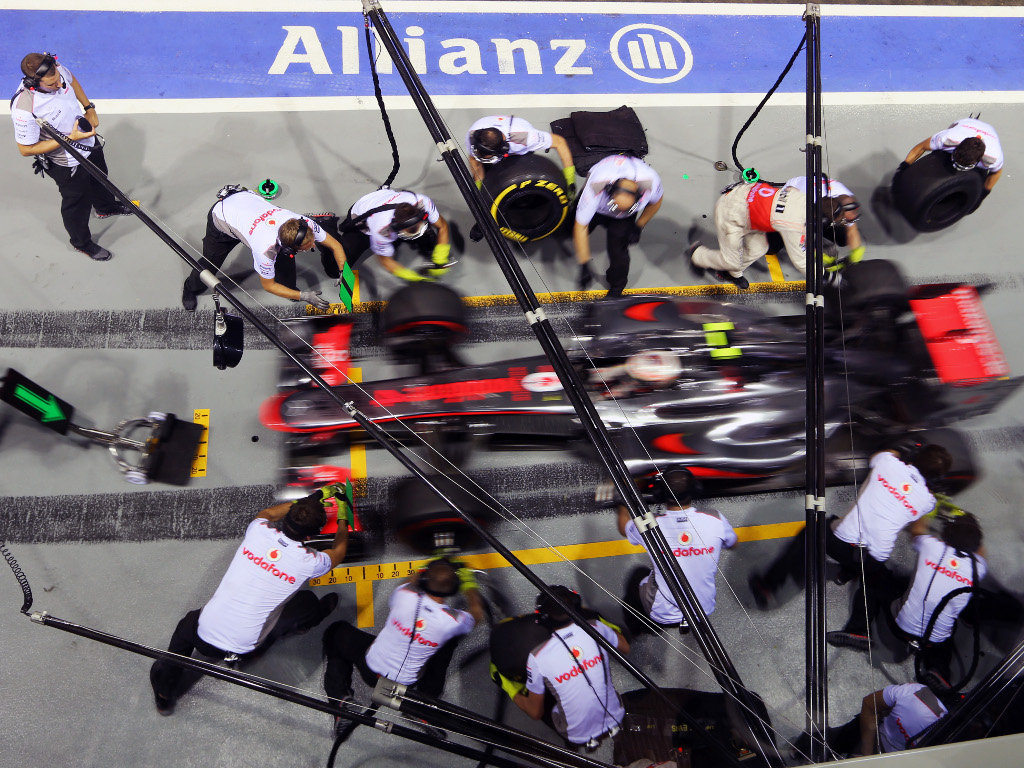 Lewis Hamilton is predicting a thrilling battle will ensue as the Singapore weekend progresses as it is “very close” at the front.

The McLaren driver narrowly missed out on beginning his weekend with a P1 slot, 0.049s adrift of Sebastian Vettel’s pace-setting time in the evening’s first 90-minute practice session.

In the second, though, it was his team-mate Jenson Button who took the fight to the defending Singapore GP Champion, 0.311s slower while Fernando Alonso was third.

Hamilton, who made a mistake on his first flying low-fuel lap on the faster super-soft tyres, finished fifth. However, he was still within a second of Vettle’s best.

“It’s going to be very close. Jenson’s very fast, Fernando also and Sebastian’s incredibly quick. So it’s going to be tough but we just need to keep working on the route that we’re on.”

Questioned by Sky’s Craig Slater as to whether a comment from his pit wall about his long distance pace matching that of the Lotus of Kimi Raikkonen, also on heavy fuel, Hamilton said: “[The] race is another day. One day at a time.

“We’ve got to focus on tomorrow, try to optimise the car for qualifying and hope that it will also be pretty good in the long runs.”