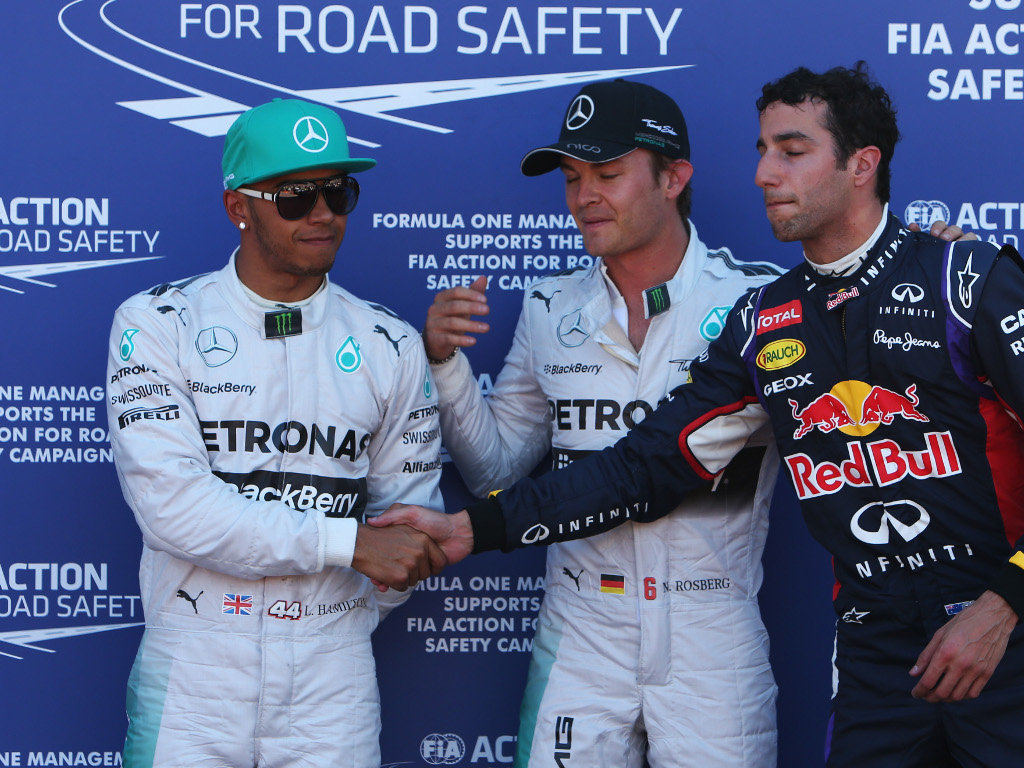 Any pretence of harmony at Mercedes ended in qualifying in Monaco when Nico Rosberg’s mistake prevented Lewis Hamilton from challenging for pole position.

However, heading out for a second run, the German lost control of his W05 at Mirabeau which ended with him halfway up the escape road.

It also ended Hamilton’s chances of taking pole position off him as the British racer had to back off for the yellow flags.

There were contrasting looks on the two team-mates’ faces when they answered questions in the post-qualifying press conference.

When it was pointed out to Rosberg that it was not an ideal way to take pole, he admitted: “No, definitely not, no.

“I thought it was over.

“I thought the track would ramp up and someone else could beat the time.

“In the end I’m really really happy it worked out.

“To be on pole is fantastic, and at home, it couldn’t be better.”

But while Rosberg was smiling, Hamilton seemed somewhat sceptical about the manner in which his team-mate beat him.

Rosberg was then pressed on the fact that his mistake “disadvantaged” Hamilton in qualifying.

He responded: “Definitely, of course I’m sorry for what happened to Lewis.

“I didn’t know where he was and once I was reversing I did see he was coming up.

“Of course it’s not great but that’s the way it is.”

Asked for a response to Rosberg’s apology, Hamilton shrugged and said: “I don’t have an answer to it.”