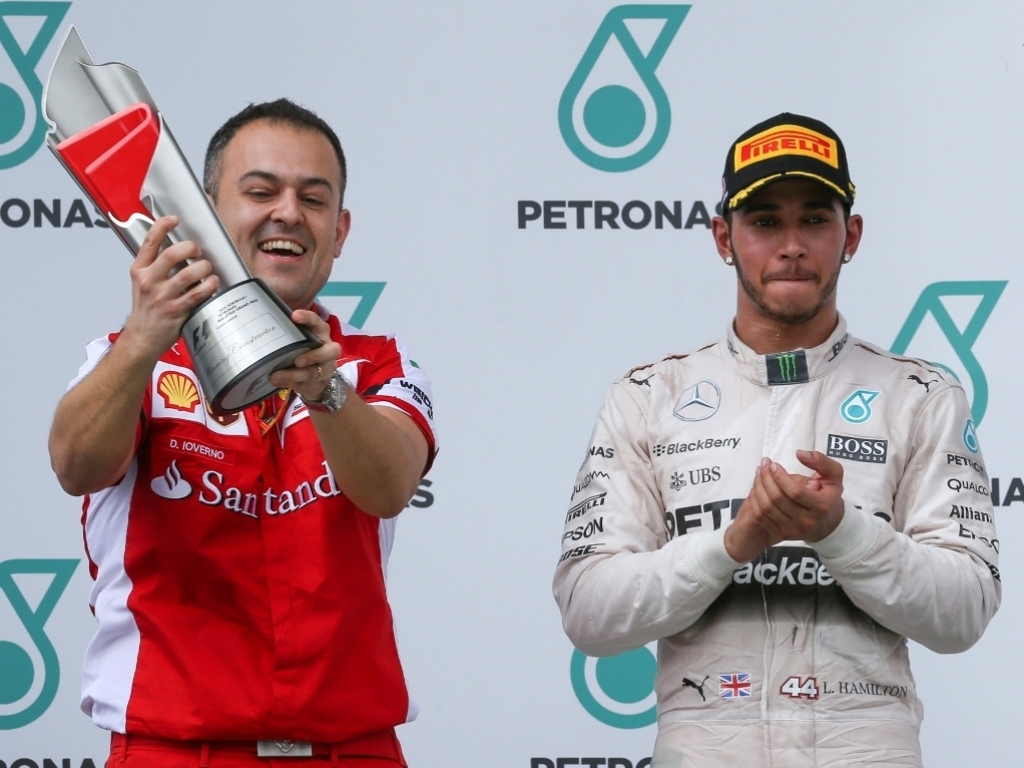 Lewis Hamilton admits "it's nice to see Ferrari back", but adds that the Scuderia's win in Malaysia was "not a kick, more like a pinch" for Mercedes.

After winning the first race of the season in Melbourne with a dominant display, many predicted more of the same for defending World Champion Hamilton and Mercedes at Sepang, especially after he claimed pole position.

However, Sebastian Vettel came from second on the grid to take his first victory for Ferrari and many people believe the win served as a "wake-up call" for Mercedes.

Although pleased to see Ferrari winning again, Hamilton feels Mercedes are still the team to beat.

"This result has given us a pinch. We know now we’ve got a race on our hands. We’re a racing team. And we will be quicker in the next race. We’ve got a great group of people, a great approach, and from this we’ll take a step back and work very hard to analyse."

His team-mate Nico Rosberg finished third in Malaysia and Hamilton considers it a "good weekend" for the team under the circumstances.

"It was damage-limitation. If this is a bad day and we can still get second and third then that’s good," he said. "We’ve had a good debrief and there’s lots of things we can learn with engineers, communication wise, and for myself, the balance. It was a testing weekend."