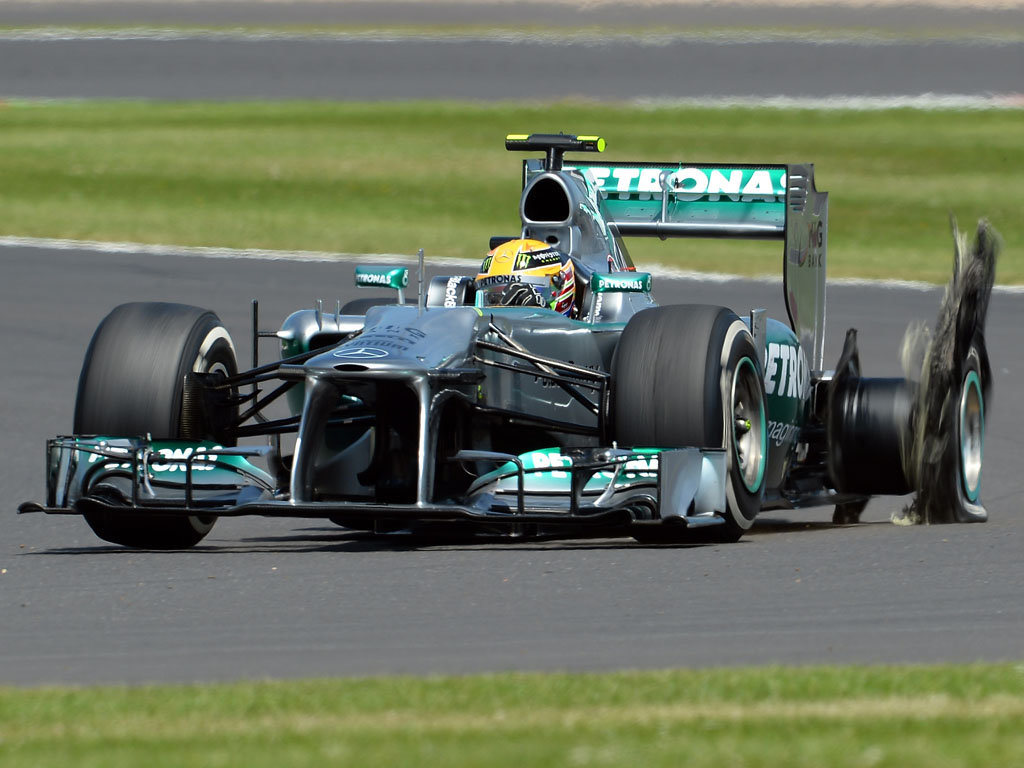 Lewis Hamilton has labelled the Pirelli tyres a safety concern after he was one of three drivers to suffer a rear puncture during the British Grand Prix on Sunday.

The Briton was leading the race when his left rear tyre punctured on just the eighth lap of the race. Ferrari’s Felipe Massa was the next to fall victim to tyre woe as he suffered the same fate three laps later, only for Jean-Eric Vergne’s Toro Rosso to lose its left rear in spectacular fashion on lap 15.

Hamilton recovered to finish fourth, but the Mercedes man didn’t mince his words when assessing the tyre situation.

“The safety is the biggest issue, it’s unacceptable,” he is quoted as saying by the BBC.

“We had that tyre test to improve the tyre and to have four blowouts is unacceptable. It’s only when someone gets hurt that someone will be doing something about it. I think it’s a waste of time talking to the FIA, and if they don’t do anything that says a lot about them.”

The 28-year-old was slightly more relaxed immediately after the race, telling the team: “Great job guys this weekend, just a shame about the tyre.”