Home Uncategorized Hamilton: I’ve got the car in a real spot 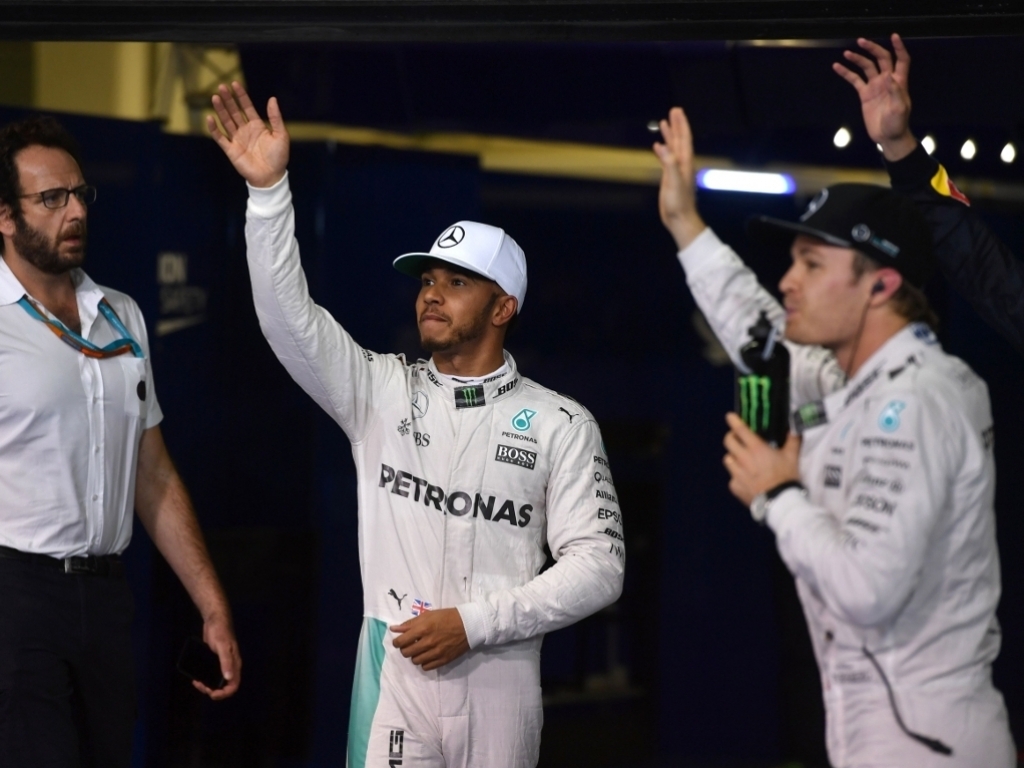 After claiming his 61st pole position in his career, Mercedes ace Lewis Hamilton is confident going into Sunday’s title decider at the Abu Dhabi Grand Prix, where he will be chasing a deficit of 12-points to his team-mate Nico Rosberg.

Hamliton’s Championship rival has been out-paced the entire weekend so far in Abu Dhabi by the Brit as he beat him in all the practice sessions and the qualifying rounds.

Knowing he faces a near impossible task on Sunday, the triple World Champion is at least pleased that his team has got his Silver Arrow working at peak condition.

“I knew I had pace throughout the rest of the lap so I was relatively cautious, well not cautious, but I did not overcook it into Turn 1,” said the pole-sitter.

“So that’s where I lost a bit of time to Nico. Otherwise, the rest of the lap I had it really under control, just making sure to maximise these areas.

“I’ve got the car in a real sweet spot this weekend, great work done by my mechanics and my engineers.

“They have done all an incredible job and I want to thank everyone back at the factory. I would not have the 61 poles that I have without them, so a big thank you to them. And yeah, perfect position for Sunday.”

When quizzed after qualy by reporters on his approach on Sunday, Hamilton explained that grabbing P1 on the starting grid was an important objective to achieve and that he will do everything in his power to get the best result in the final race of the season.

“So far this weekend, we’ve been focused on getting this pole position, which I truly believe that I could,” he added.

“Obviously it worked. This evening, tomorrow, we’ll sit and work with my engineers, my strategists to fully understand each scenario and what I have to do. Obviously I want to try and win this race.”