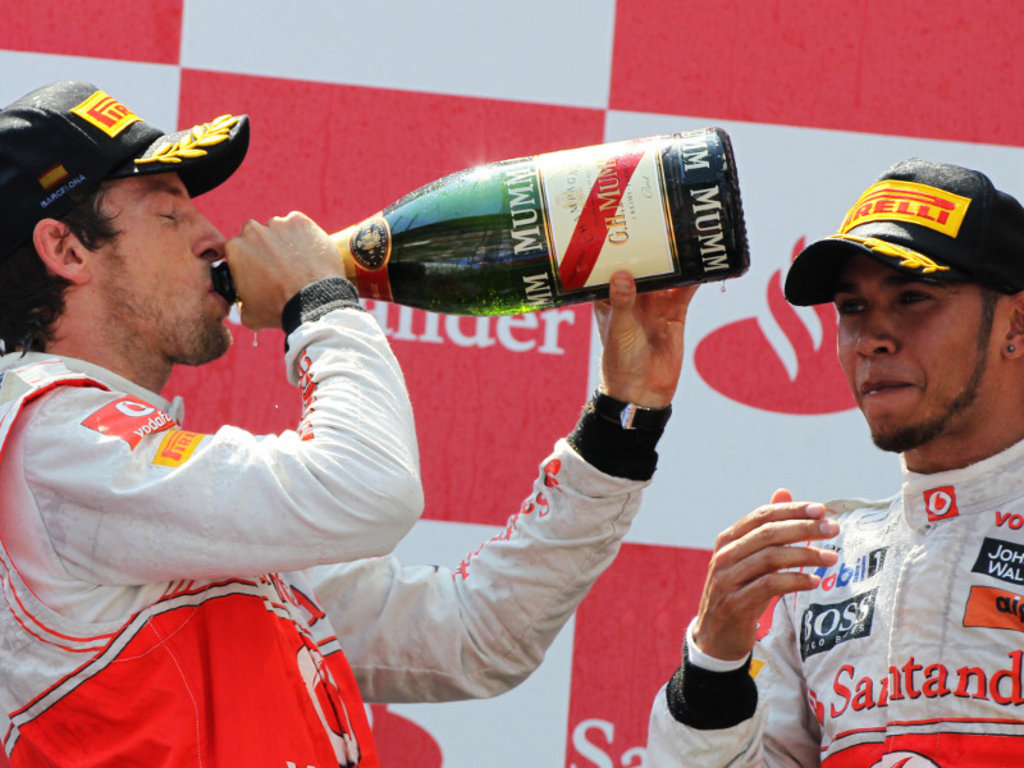 While both drivers have won two grands prix this year, Button has six further podium finishes to his name compared to Hamilton’s two. It’s been a cracking last few races for Button as he has accumulated 76 points from a possible 100 with only Champion-elect Sebastian Vettel faring better. Button is also second in the Drivers’ Championship with 185 points while his team-mate is a further 17 points adrift.

Hamilton admits he has been second best at McLaren this season, even if does manage to outperform Button during the final five races.

“I think for me now it’s just to find my ground and improve on the results that we’ve had in the last four races,” Hamilton is quoted as saying by Reuters.

“Jenson’s done an incredible job… I feel he’s done a better job all season, really. So even if I did a better job in the next five races it doesn’t mean a lot to me. I mean, it’s through a whole year.”

The 26-year-old is coming off a disappointing weekend in Singapore where he clashed with Felipe Massa both on and off the track. The Ferrari driver sarcastically slapped him on the shoulder and applauded him after they made contact during Sunday’s race.

Hamilton, who kept quiet about the incident in the aftermath of the race, feels it was a racing incident.

“It was a bit of a disaster for me and it was just one of those races you learn from. We had a coming together in the race. It was a racing incident and that happens. His reaction after the race was a bit angry and I was able to ignore it and move on.”

The 2008 World Champion entertained 40,000 people on Tuesday as he paraded through the streets of Bangalore in his world title-winning MP4-23 car.

With New Delhi due to host the inaugural Indian Grand Prix on October 28-30, the Brit admits to being “overwhelmed” by the turn-up for the sponsorship event.

“It’s incredible,” he said. “I’ve visited India many times over the last couple of years and it’s never been more exciting to be here than now.

“The race is only weeks away and you can really feel the growing passion of the people, and the excitement levels continuing to build.

“Getting to drive my car on India’s public roads today was an incredible experience and I really hope it gave people a taste for the incredible spectacle of Formula One.

“There’s no better way to experience F1 than up close, so I think today’s event was a huge success.”