Home Uncategorized Hamilton: Just one of those races 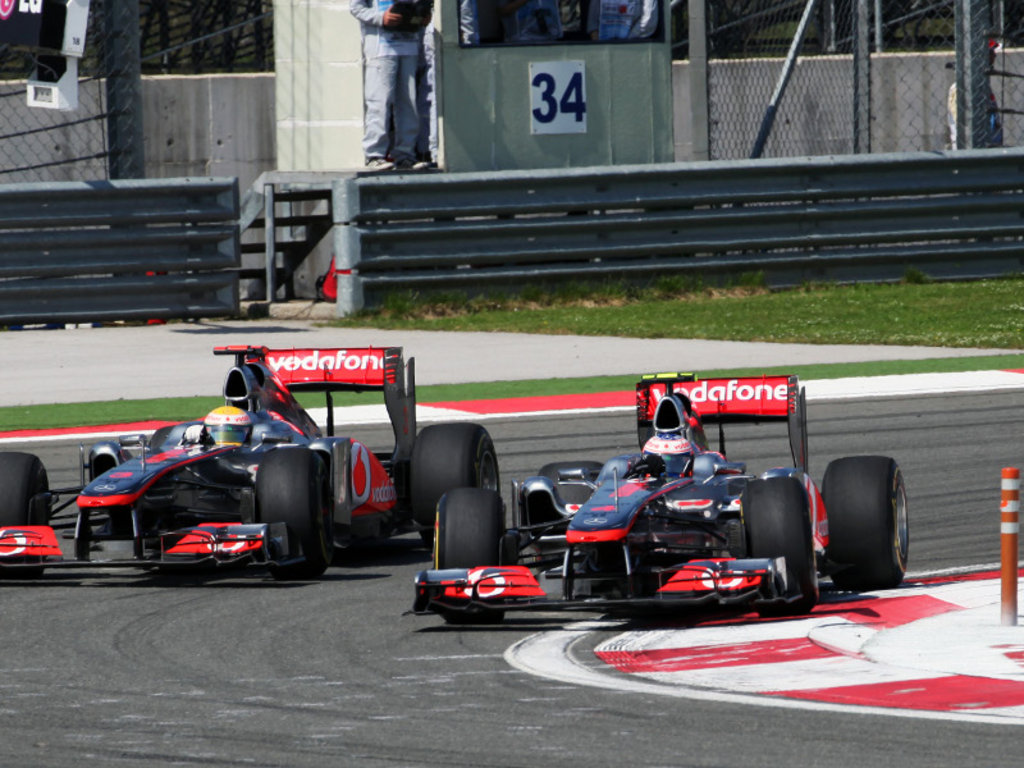 Lewis Hamilton was rather magnanimous in the face of McLaren’s pit-stop error in Istanbul, conceding that it’s just one of those things…

Lewis Hamilton was rather magnanimous in the face of McLaren’s pit-stop error in Istanbul, conceding that it’s just one of those things.

Hamilton looked to be in a position to fight for a podium finish in the Turkish GP when he came in for his third of four stops.

However, it proved to be anything but smooth as his right rear wheel nut was stuck, costing him valuable seconds.

The glitch dropped the 2008 World Champ down to seventh place and although he fought back to finish fourth, it was a day about what could have been.

“It was just one of those races,” Hamilton told the BBC.

“Pit-stops are somewhere we can always improve but I lost a lot of ground when I tried to go down the outside of (Mark) Webber at the start of the race.

“I had a good start and I should have been up to third and battling for second, but it wasn’t to be.”

There was, however, one highlight of the grand prix for the McLaren driver as he and Jenson Button gave their rivals a lesson in how to fight your team-mate without the battle ending in disaster.

Unfortunately, though, even that exciting battle came with a price.

“Jenson was fair as always as we battled but when I got past Jenson I just found I had nothing left in my tyres and had to stop again.”