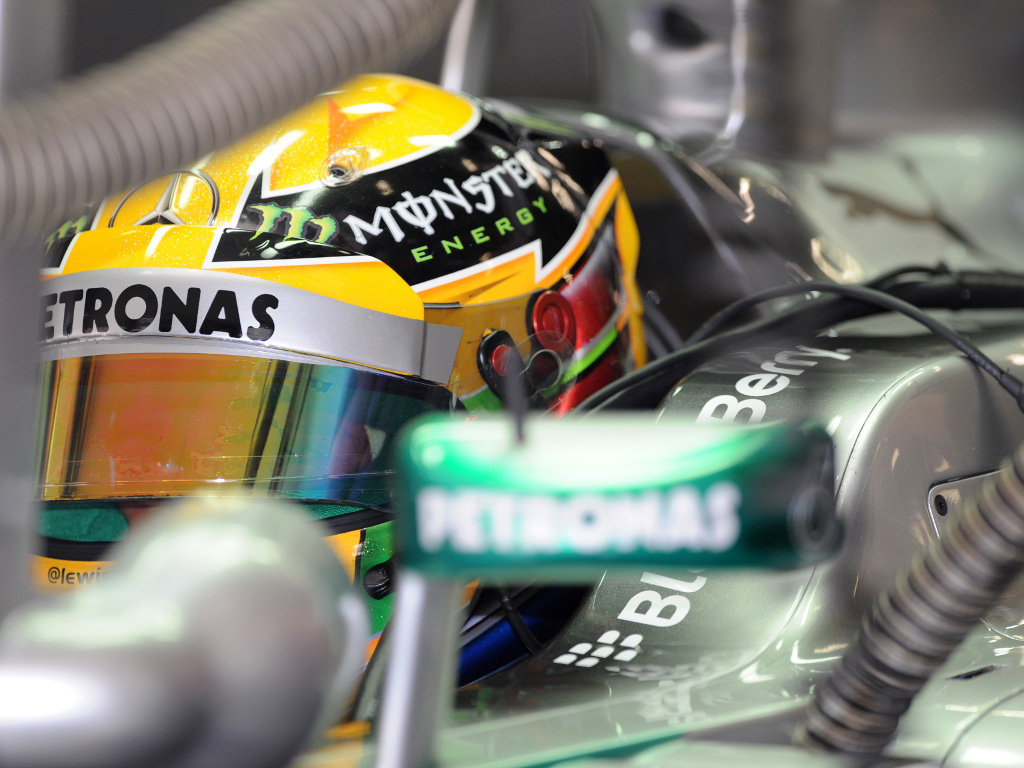 Lewis Hamilton reckons Pirelli may have brought the wrong tyres to Shanghai after the softs “disintegrated” in Friday’s practice.

Swapping from the medium to the soft Pirelli tyres for the final hour of running on Friday, the drivers quickly ran into trouble.

Lotus and Ferrari both found graining after just five laps on the soft tyres while Mercedes were also hit with severe degradation.

“I’ve never seen the tyres behave this way,” the Brit told his Mercedes pit wall over the radio during the latter stages of the session.

“I did a couple of laps and the tyre just disintegrated,” Hamilton complained to Sky Sports News. “The soft are hardcore, it just doesn’t feel like the right type of tyre for this circuit.”

The Mercedes duo, though, did have the pace earlier in the day on the medium compounds when Nico Rosberg and Hamilton finished first and second.

“Mine and Nico’s pace was quite competitive today,” Hamilton said. “I think we are there or thereabouts.”