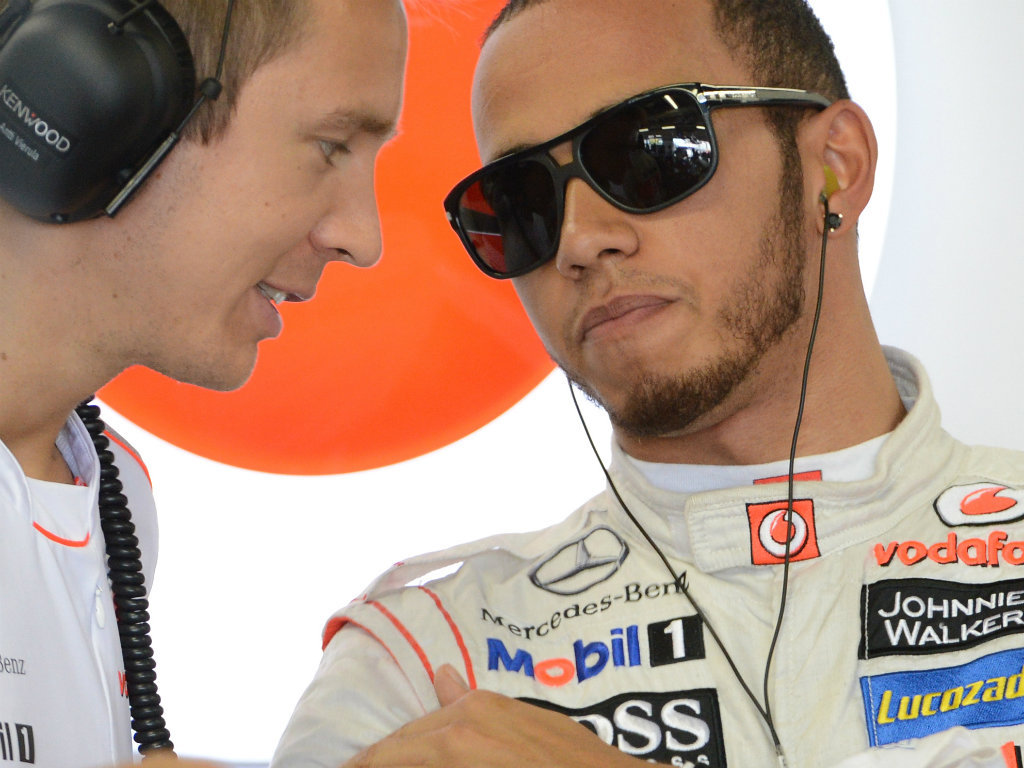 Lewis Hamilton reckons Sebastian Vettel has been “lucky” in his World titles as he has had “dominant” cars.

Vettel is racing towards his third successive Drivers’ Championship title as he approaches the final four races of the season in the car to beat.

After a sluggish start to the season, Red Bull have once again emerged as the favourite with their RB8 pulling away from its rivals.

And it is because of that “dominant” car that Hamilton reckons Vettel has been one very lucky chap.

“When I won the World Championship, I wasn’t as lucky as Sebastian has been to have a car that’s as dominant the next year as well,” said the 27-year-old.

“For whatever reason it hasn’t happened and I’m not going to complain. For the rest of the year now it’s just to try and help the team win the Constructors’ Championship.”

With four races remaining McLaren are third in the Constructors’ Championship, 83 points behind Red Bull, while Hamilton is fourth in the Drivers’, 62 points behind Vettel.

But with only 100 still to play for in the Drivers’ race, the McLaren man says overhauling Vettel would be a “miracle.”

“Realistically we are too far away, I would say, to win the Drivers’ title. If we did through some kind of miracle, then I’ll eat my words.”