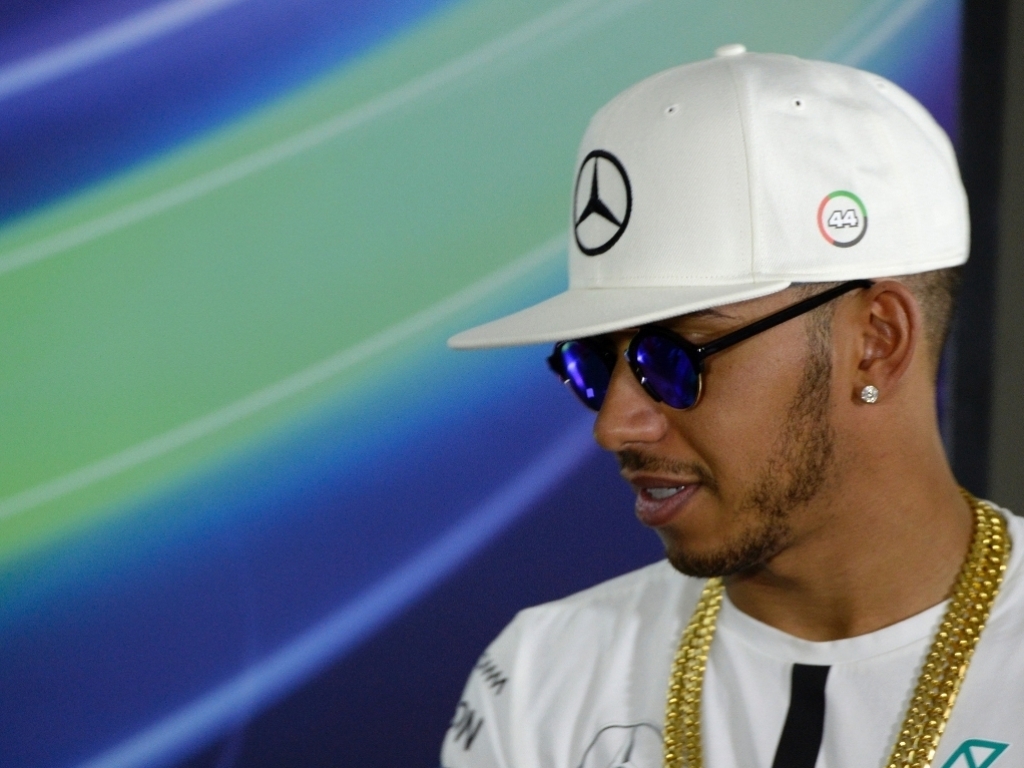 Despite his recent grumbles about Mercedes’ strategies, Lewis Hamilton accepts that whichever of the team-mates is in front they will get the “best” strategy.

Last time out in Brazil Hamilton had a boring Sunday afternoon as he spent the grand prix staring at Nico Rosberg’s rear wing as they raced to the 1-2.

Hamilton was not happy and pleaded with his pit wall to shake things up, which they refused to do.

In the wake of the Brazilian GP he called on Mercedes to take more risks.

“I am here to race and when you have the same strategy it’s set from the beginning, so let’s take a risk,” said the World Champion.

“Have some options and see how it plays out.”

Days later Hamilton says his call for differing strategies is no longer playing on his mind as it won’t make a difference because the lead driver will always get the “best” strategy.

“I don’t really have any thoughts on it, to be honest,” he said when asked about it in Thursday’s press conference at the Yas Marina circuit. “It doesn’t really make any difference what my thoughts are.