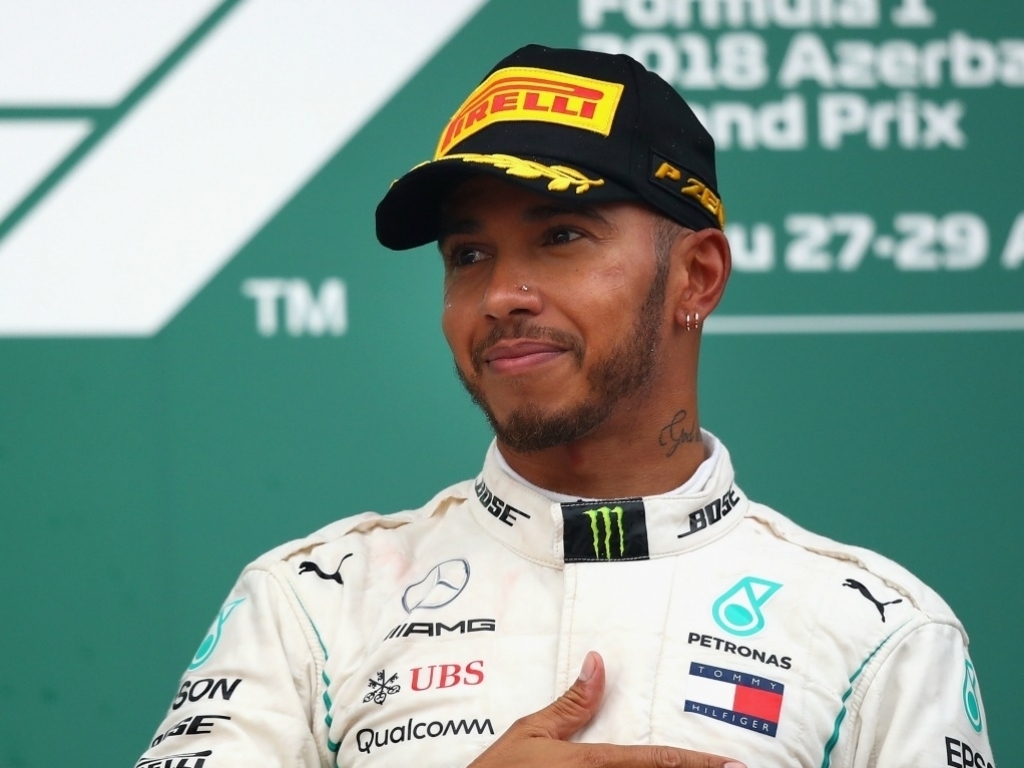 Lewis Hamilton has said he simply cannot believe that he won the Azerbaijan Grand Prix and added that Valtteri Bottas "deserved" to be on the top step.

Hamilton only led the final three laps of another bonkers edition of the Baku race, sweeping past Sebastian Vettel after he overcooked the first corner following the Safety Car restart and then taking the lead when the unfortunate Bottas picked up a puncture because of leftover debris on the track.

It gave Hamilton his first win of the season, his first victory since the USA in 2017, and a narrow lead in the World Championship heading into Spain.

“I never give up and I think today was a real… It has been a while since I’ve been reminded of that lesson my Dad taught me years and years ago," Hamilton told Sky Sports.

"But I kept going, I kept pushing, kept pushing and then things turned out the way they did and that was coming to the realisation of just how true still that mindset needs to be and is.

"The Ferraris were faster than us all weekend and Valtteri [Bottas] did an exceptional job and really, after that safety car, deserved to win the race. He had done everything he needed to.

"But I was thinking to myself, I’m going to try and get him but this is a great 1-2 for the team but then things shifted and we came out in the head so it was very mixed emotions.

"One, I'm grateful for the opportunity to win a grand prix and secondly, on the other side, feeling that I didn’t drive the way I normally feel like I’ve driven so that hurts a little bit within my heart because, it’s not like I’m focused anywhere else but, I struggled this weekend so got some work to do but I still can go home on a high note and take this hopefully into the next race.”

Hamilton also said the win was indicative of how much of an emotional rollercoaster the 2018 season will be.

“It is [going to be an emotional rollercoaster] and today was another example of that," he said.

"I mean, I’m coming out of the last corner and I’m just in disbelief that the position I was in was just very very emotional for me.

"Being that in previous years here I’ve been in the lead, done everything I’ve needed to do and something went against me and then it just… I said this morning I think it was or yesterday, maybe third time lucky and it really really was that scenario today.

"This happens to be a track where luck… You kind of need it, you know, because there are a lot of safety cars and a lot of incidents that go on.

"So on one side, I’m really proud that I just kept on going, the guys did an exceptional job with the pit stops and strategy so yeah, a big thank you to them."