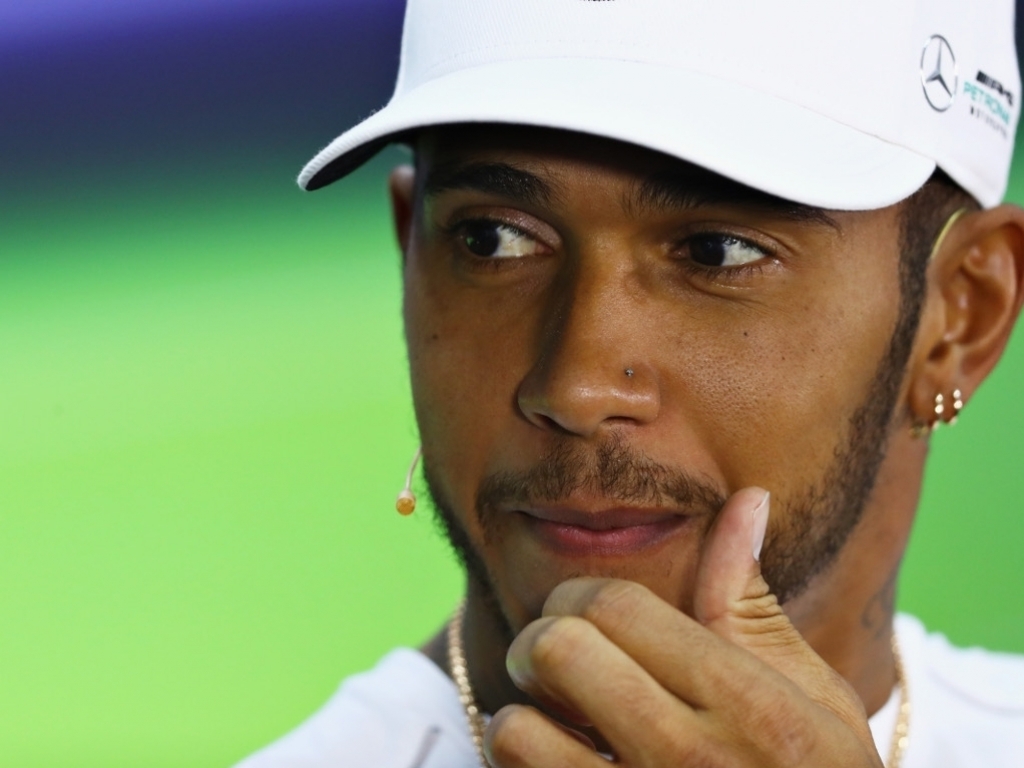 All it took was a simple ‘like’ from Lewis Hamilton for the Brit to make his feelings on the FIA’s decision not to sanction Sebastian Vettel for his actions in Baku.

The Ferrari driver faced the FIA on Monday but was let off scot free after offering a sincere apology and admitting responsibility.

While the FIA’s decision has divided many in motorsport, it is crystal clear that Hamilton thinks of the ruling.

A message posted by a fan, tillykeeper_zackfan, on social media stated: “Lost all respect for the FIA, Ferrari and Sebastian Vettel after that ruling.

“The message this sends is that you can do whatever you want on track, smash into each other, but if you suck up and just apologise, you get away with it.

“If that was Lewis, he’d get banned, fined and points deducted. FIA are a bias set of fools towards Ferrari. Always have been and always will (be).”

It was, however, Hamilton’s ‘like’ that added fuel to the fire.

The Brit, who branded Vettel a “disgrace” and “disrespectful” in the immediate aftermath of the grand prix, didn’t even have to say anything – a ‘like’ says a thousand words. 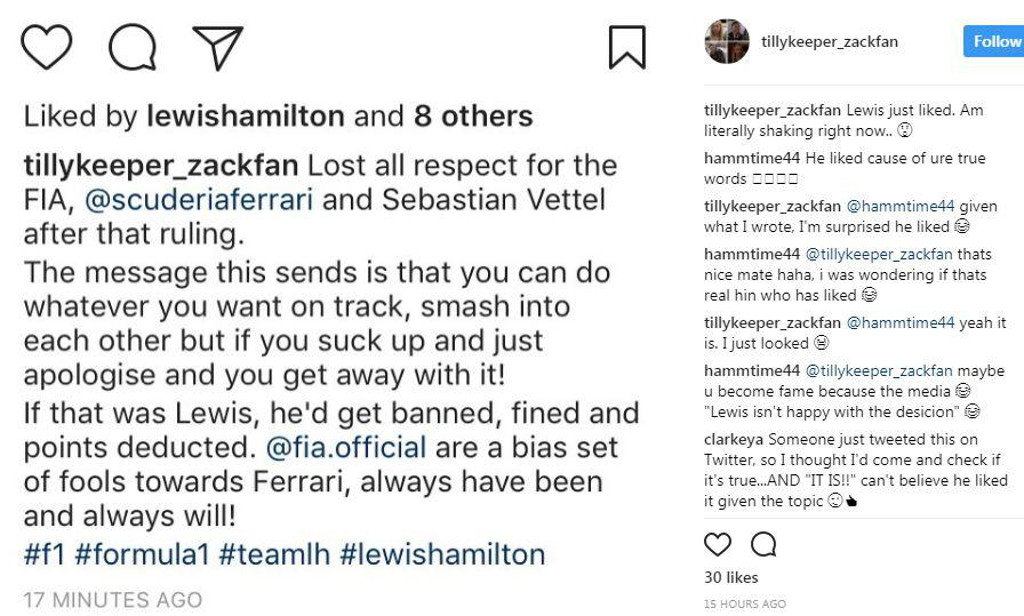