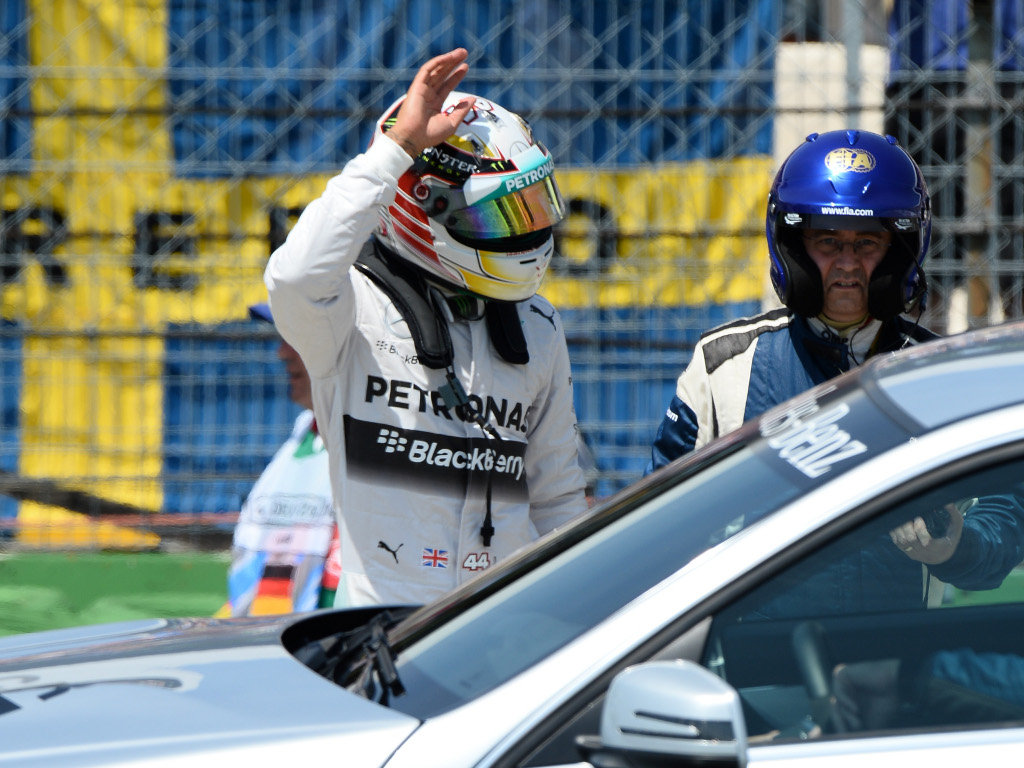 Lewis Hamilton faces an even steeper battle to get into the points in as he could be forced to start from the pitlane.

The Mercedes driver was involved in a heavy shunt during the closing stages of Q1 on Saturday following a brake failure and was forced to miss the final two sessions. Fortunately he walked away with only bruising to his legs.

It meant he was due to start 15th on the grid – he was initially P16, but will move up a place after Esteban Gutierrez’s penalty comes into effect – but he could now start in the pitlane as Mercedes could switch his brake supplier.

Hamilton started the weekend with Carbon Industries before switching to Brembo discs on Saturday morning, but then suffered a right-front disc failure in Q1.

Mercedes are keen to revert him back to Carbon Industries, but that would mean a break in parc ferme regulations and a drop to the pitlane.

Mercedes motorsport head Toto Wolff, though, is still hoping that won’t be the case.

“We have had a brake failure which means we are obliged to make sure that the car is running safe tomorrow,” said Wolff. “That means switching the brakes supplier.

“If this results in starting from the pitlane is not yet discussed, and we have not yet brought the decision on that. But we are discussing that with the FIA.

“And I would even go further: obviously many teams are running that brake material so that safety discussion probably needs to be extended.”

Hamilton, though, is not too worried about the crash or where he starts.

“I’m not really thinking about safety,” he said.

“Since the first crash I ever had in my life, when I was a kid, all I cared about was whether the car was going to be fine.

“All I’m caring about now is whether the guys will put the car back together again tomorrow and I’ll do what I do best – try and drive through the field.

“I’m not thinking about the brakes. I’ll get out tomorrow and try and push just as hard as ever. On the brakes, the first time I touch them, you just get over it.”