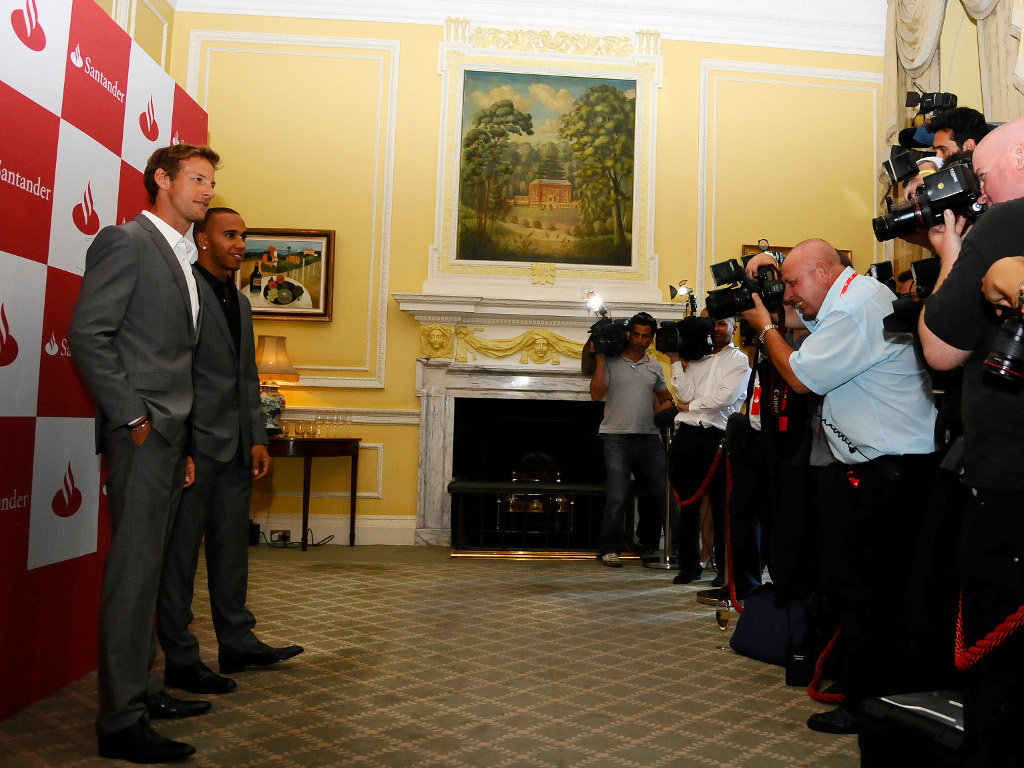 Lewis Hamilton and Jenson Button have thrown their support behind a bid for London to host a grand prix, saying it would make it the “ultimate sporting metropolis”

Lewis Hamilton and Jenson Button have thrown their support behind a bid for London to host a grand prix, saying it would make it the “ultimate sporting metropolis.”

Unveiled at the Royal Automobile Club on Pall Mall on Thursday night, the McLaren duo spoke glowingly about the hypothetical event, which would run through the streets of London.

The 14-corner, 5.1km circuit would pass several iconic landmarks around the capital, including Buckingham Palace, Big Ben and Trafalgar Square with the route portrayed via CGI technology.

“Having been immersed in this project, having helped to shape this track, it feels as real to me as anywhere I’ve raced,” said Hamilton.

“Jenson and I worked in the simulator to provide some useful feedback to inform the circuit design, so this is far more than whimsical thinking out loud.

“I have to say, this is an utterly epic track and would produce the most stunning and compelling Formula One race.

“A grand prix here (in London) would be the best thing in the world, the biggest event, sensational.

“If you add an event of this complexion to London’s staggering roster of world-class sporting events, it surely would have to own the title of the ultimate sporting metropolis.”

He added: “How many people in London? How many would turn up to this grand prix if you had it in the summer?

“The turnout would be phenomenal. It would be millions.”

But while Hamilton is picturing the event in full flow, his team-mate Button, who beat Hamilton 2-1 in a best-of-three one-lap battle on the CGI simulators, was a bit more sceptical.

“Personally, do I like the idea of having a London Grand Prix? Yes, the more grands prix in the UK the better,” said the 32-year-old.

“But I’m not sure where it would be. There was talk of using the Olympic Stadium, which could be quite a lot of fun.

“I’m not sure you would be able to close down London for a grand prix, but it’s a nice idea though, a great hypothetical track to drive.”

He added: “The layout looks great, but of course there is a lot more to it than just having a good layout.

“It’s been done in other cities, like Singapore, and of course Monaco is a little bit special as it’s been there for 70 years.

“I don’t know how difficult it would be to get a London grand prix up and running, but all we know is that it sounds like a great idea.

“Silverstone is very special, but it would be nice to have another grand prix on our doorstep.

“Obviously, the London track is a great hypothetical one to drive, but it is as appealing as the reality of the Silverstone circuit.”