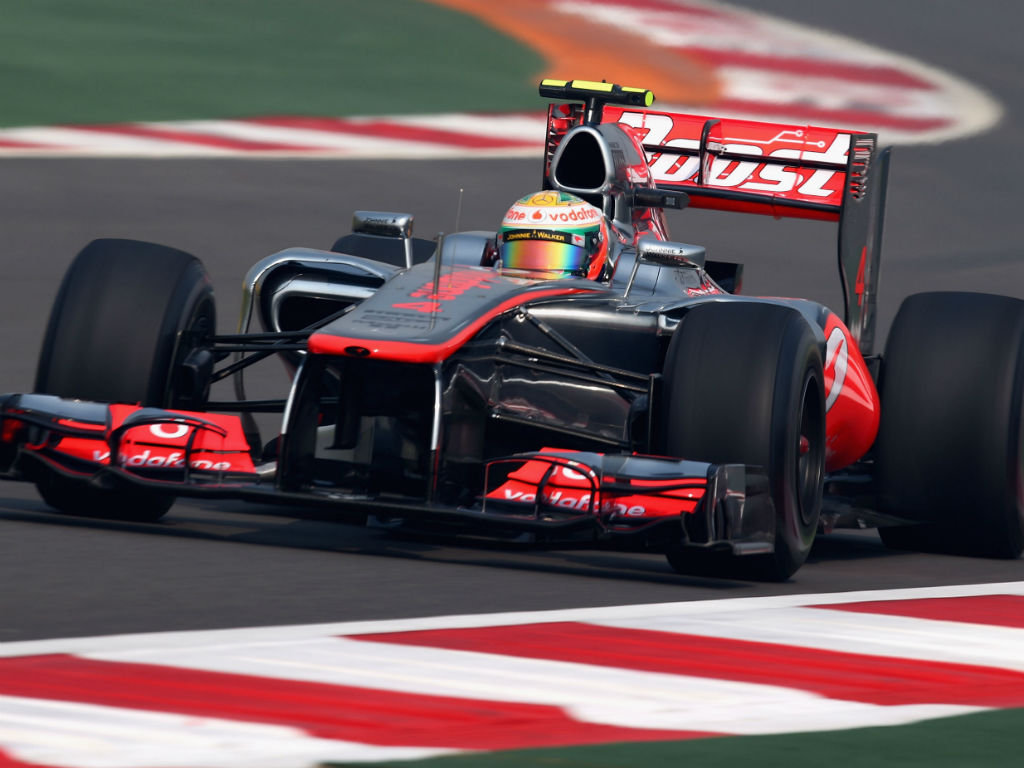 Lewis Hamilton is confident McLaren are looking good in India despite falling to sixth place in Friday’s second practice.

Although Hamilton and his team-mate Jenson Button challenged Sebastian Vettel in the opening practice session at the Buddh International circuit, in the afternoon they dropped down the order.

The 2008 World Champion, though, isn’t too worried as believes McLaren are looking good in terms of race-pace.

“The problem we are struggling with a little bit is trying to switch the tyres on on low fuel. But that is a lot to do with the out-lap and tyre pressures and things and we can fix that.

“Long-run pace is looking good, relatively strong and I think if we had been in the race there now we would have been keeping up with the Red Bulls and the Lotuses.

“I am hoping that the Red Bull are maybe trying to improve their qualifying pace and were running lower fuel – if not then we are in trouble.

“We should gain a little bit of time then on fuel, but not enough but I am sure if I go over the data tonight I will find something.”

As for the Pirelli tyres, Hamilton says a one-stop strategy could be on the cards as the tyres were holding up well.

“The soft tyres are lasting pretty well. We did 22 or 25 laps all together and my tyres were looking pretty good so maybe a one stop race could be possible.”