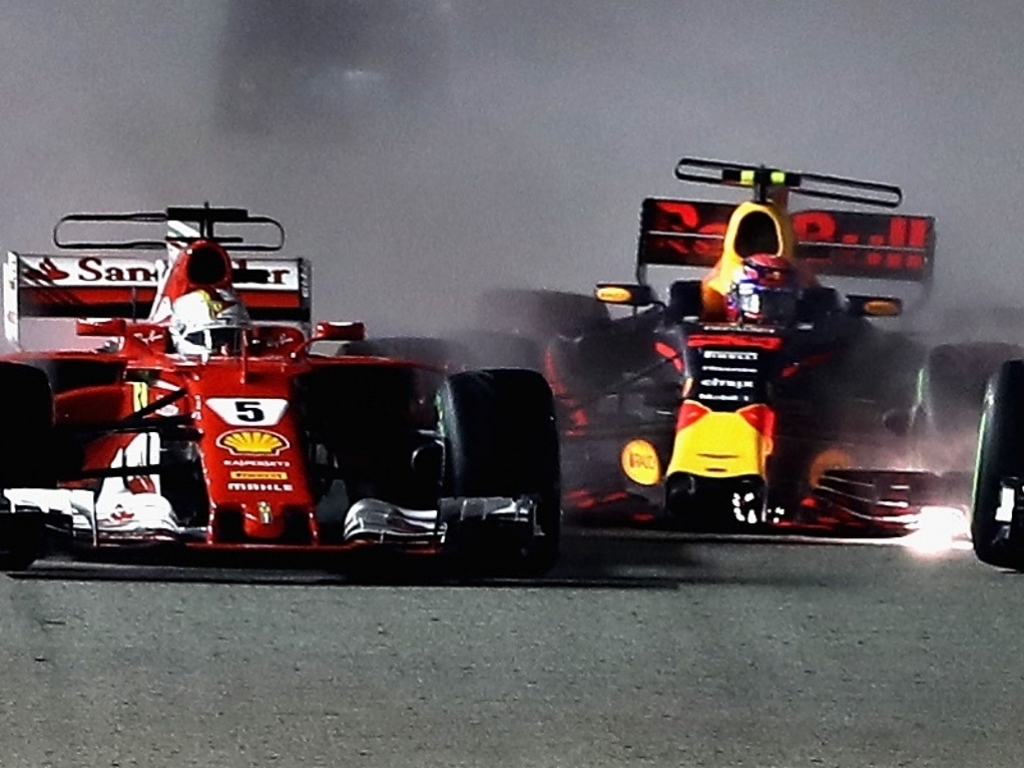 Lewis Hamilton reckons such was Max Verstappen’s start in Singapore that he was likely in Sebastian Vettel’s “blind spot” which led to the crash.

Vettel started the Singapore race from pole position with Verstappen second on the grid.

But while the Dutchman, along with Kimi Raikkonen in third, got a flying start, Vettel’s was a bit slower.

The German moved across the track to cover Verstappen, which resulted in contact between the three. They all retired.

Asked for his thoughts on what may have happened to his title rival, Hamilton explained: “I think Sebastian… often – when you look at my last start at Monza – when you pull away, you can’t actually see the guy who’s in second place.

“They’re generally in your blind spot if they get as good a start as you and it’s difficult to know where they are.

“Your immediate thought is to cover your ground, get to the inside and cover and turn them down, so I assume that’s what he did.

“At least, when you do that, then all of a sudden they appear in your mirror so you can understand where they are or in your peripheral view.

“But sometimes you do it and you realise you’re ahead so you actually didn’t need to.

“I don’t if Sebastian felt that way or not.”

Hamilton won the race to move 28 points clear of Vettel in the championship fight.