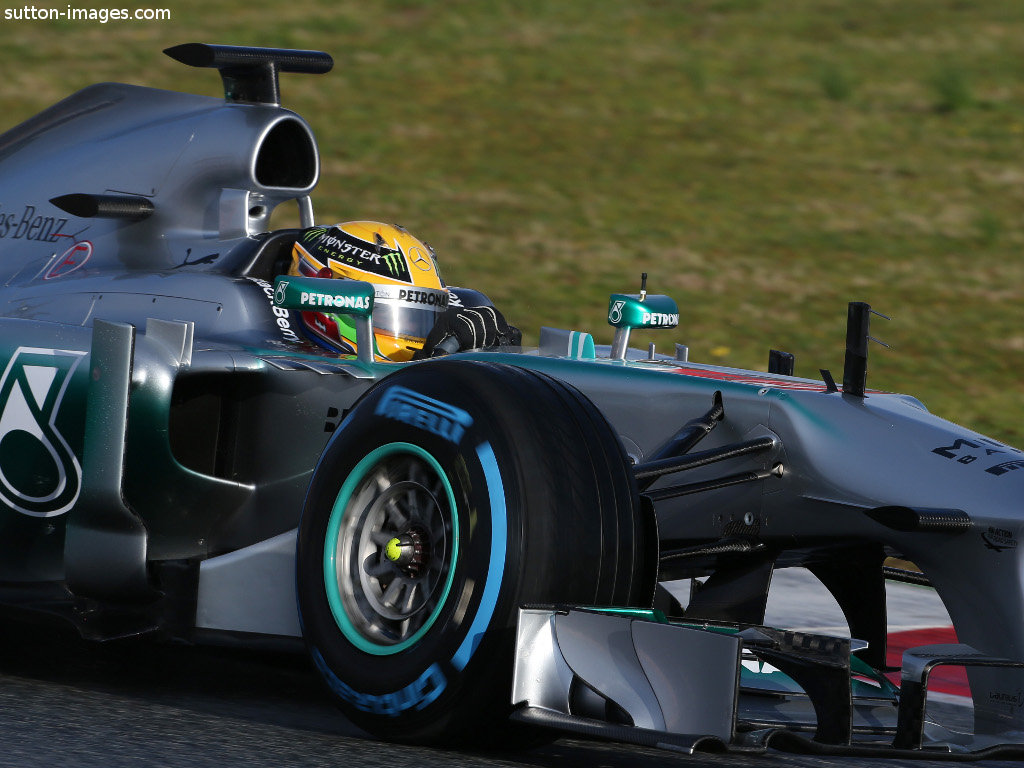 Despite the varying conditions, Lewis Hamilton had a productive day in Barcelona on Thursday where he covered 113 laps…

Despite the varying conditions, Lewis Hamilton had a productive day in Barcelona on Thursday where he covered 113 laps.

The drivers arrived at the Circuit de Catalunya where a wet track awaited them. However, as the day wore on the conditions improved with the asphalt dry by the time the chequered flag fell.

Hamilton was the busiest driver on Thursday, covering 113 laps during which he set the second fastest time, a 1:24.348. And although that was 1.6s down on Mark Webber’s P1 time, the Aussie was using soft tyres while Hamilton only ran the mediums.

“The track started out really wet this morning but thankfully the conditions dried out later on and we were able to complete some proper running,” said the Mercedes driver.

“It felt good to work through the race simulation this afternoon; both to get myself back in practice and to put valuable miles on the car.

“All the guys have done a fantastic job both here and at the factory. I’m really happy that we’re making progress together and very much enjoying working with everyone.

“The last couple of days of pre-season testing are always really exciting when everyone starts to add their upgrades so I’m looking forward to the weekend.”