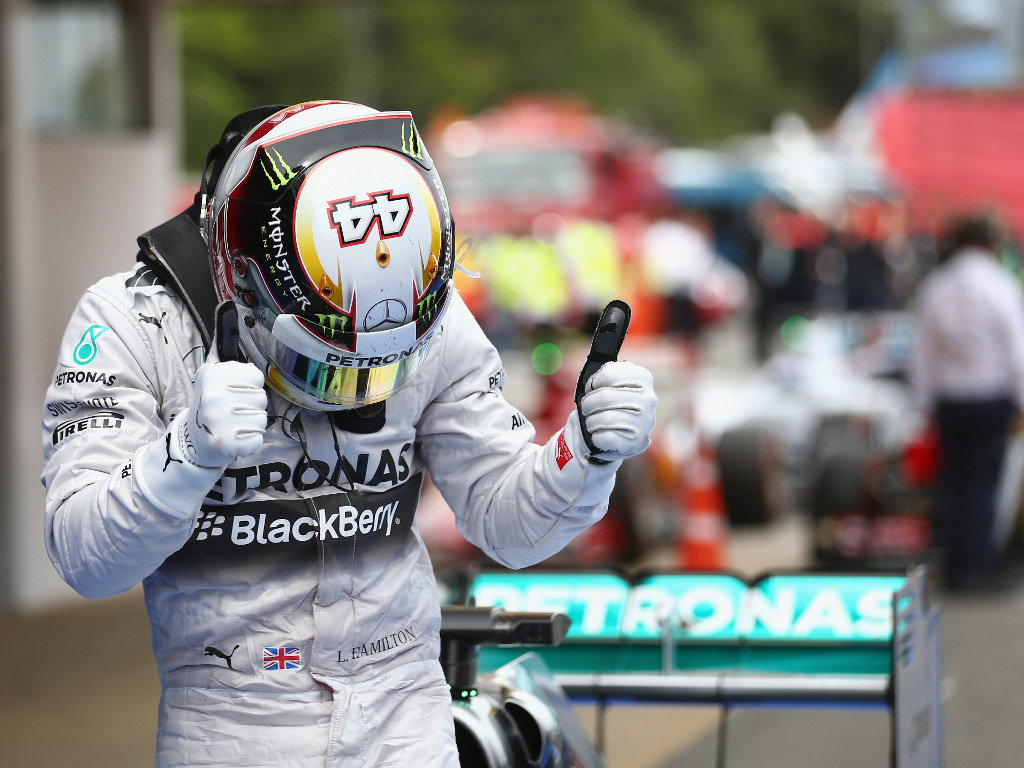 Lewis Hamilton says his recent run of success has vindicated his decision to drop McLaren in favour of Mercedes.

Two years ago Hamilton shocked many in Formula 1 when he walked away from McLaren, with whom he won the 2008 title, to join the under-performing Mercedes team.

Even though he secured five pole positions in his first year with the Brackley squad, just one race victory followed as the team struggled with tyre wear with W04.

This season, however, Mercedes debuted a much-improved car that is fitted with arguably the best engine in the field – and it has paid dividends.

While Nico Rosberg won the first race of this season, Hamilton has dominated ever since.

On Sunday, the British driver raced to his fourth grand prix win in succession, a first for him.

He also took the lead in the Championship by three points over Rosberg and says his current success has vindicated his move.

Asked about his decision to join Mercedes, Hamilton said: “It was obviously a great call.

“There was never a moment that I ever doubted it but of course I never could have imagined that we would be having this kind of success.

“I’m sure the people that wrote those things had an opinion at the beginning and I’m sure it’s changed now.”