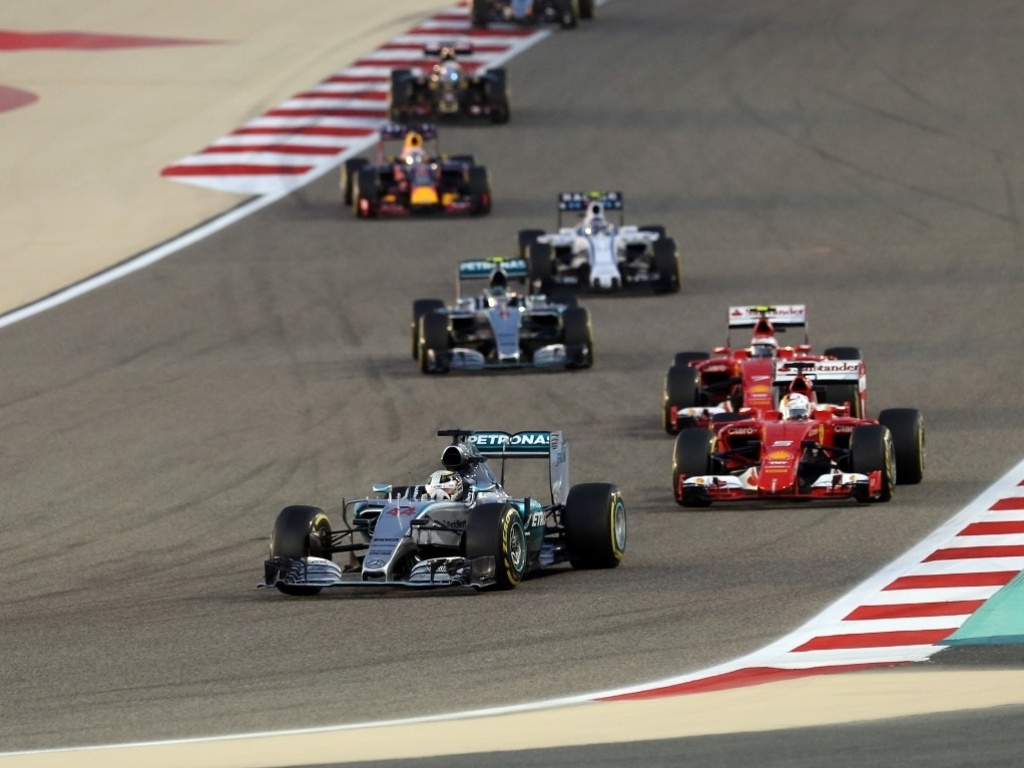 Lewis Hamilton says Mercedes showed they are still the best team on the grid at the Bahrain GP, but admits they need to keep the momentum as Ferrari are pushing very hard.

The defending World Champion increased his lead in the Drivers' standings to 27 after winning from pole at Sakhir on Sunday with Kimi Raikkonen finishing second and Nico Rosberg third in the other Mercedes.

Although Hamilton was in imperious form, Ferrari have clearly improved with Sebastian Vettel splitting the two Mercs in qualifying and Raikkonen doing likewise on race day.

Hamilton, though, says his Brackley-based squad still have the edge.

"I think for us as a team, and I think still that Mercedes are still the best and we are working as hard as we can to keep up with this momentum that we have – but they are pushing very hard to close up," he said.

"A huge thank you to all the guys back at the factory and also the guys that are here because the car was really nice to drive this weekend.

"In the race I was really able to manage it and – yeah – really, really happy, really proud of everyone for all the hard work they put in."