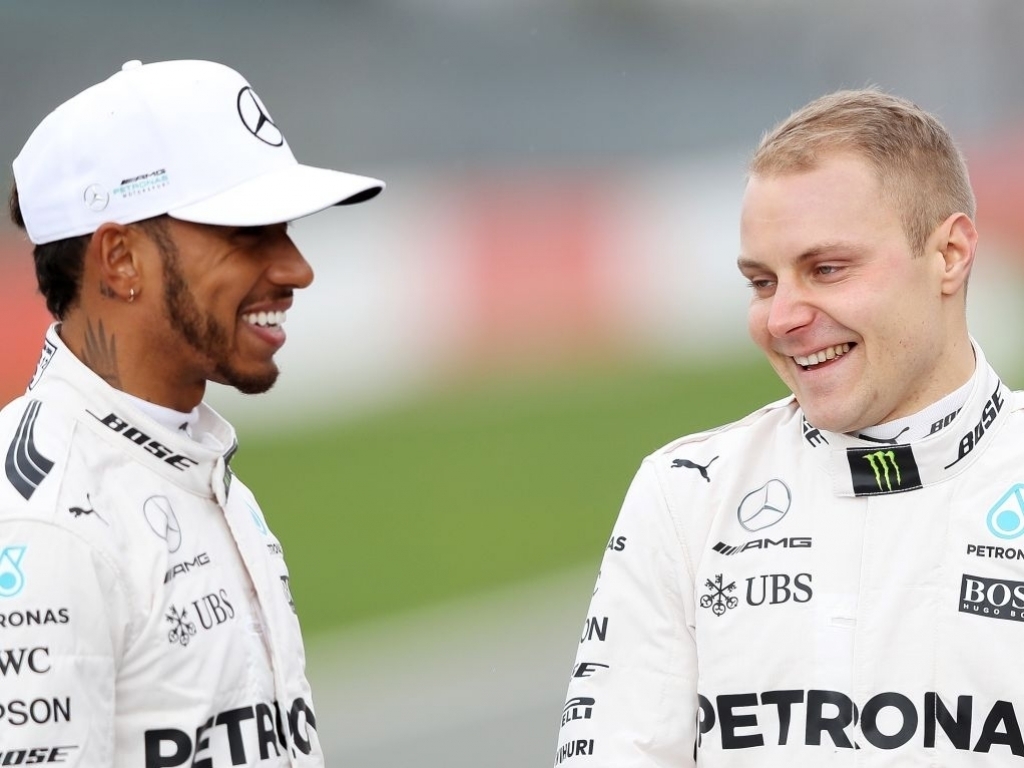 Three-time World Champion Lewis Hamilton has described the new Mercedes W08 as a "powerful beast" after a shakedown run at Silverstone.

Hamilton was quizzed about the feel of the car after taking the 2017 challenger for a spin before it was officially unveiled.

"Driving today, naturally the car feels wider, which it is obviously, so the front tyres feel huge, there is quite a lot of grip already even in the cold conditions here," Hamilton said at the Mercedes W08 launch.

"This is not a test, the laps I did today were behind a vehicle to get filming in, and then it’s really just a shakedown – so you do a couple of slow laps just to see if the car will run.

“I got to go a little bit faster in some places, but it’s so gusty here, so it’s quite tricky, and it’s wet, so I was on slicks on a damp track.

"The car honestly just feels almost identical to last years car in terms of the ergonomics, the seat position and steering, but then you’ve got bigger and this more powerful beast around you."