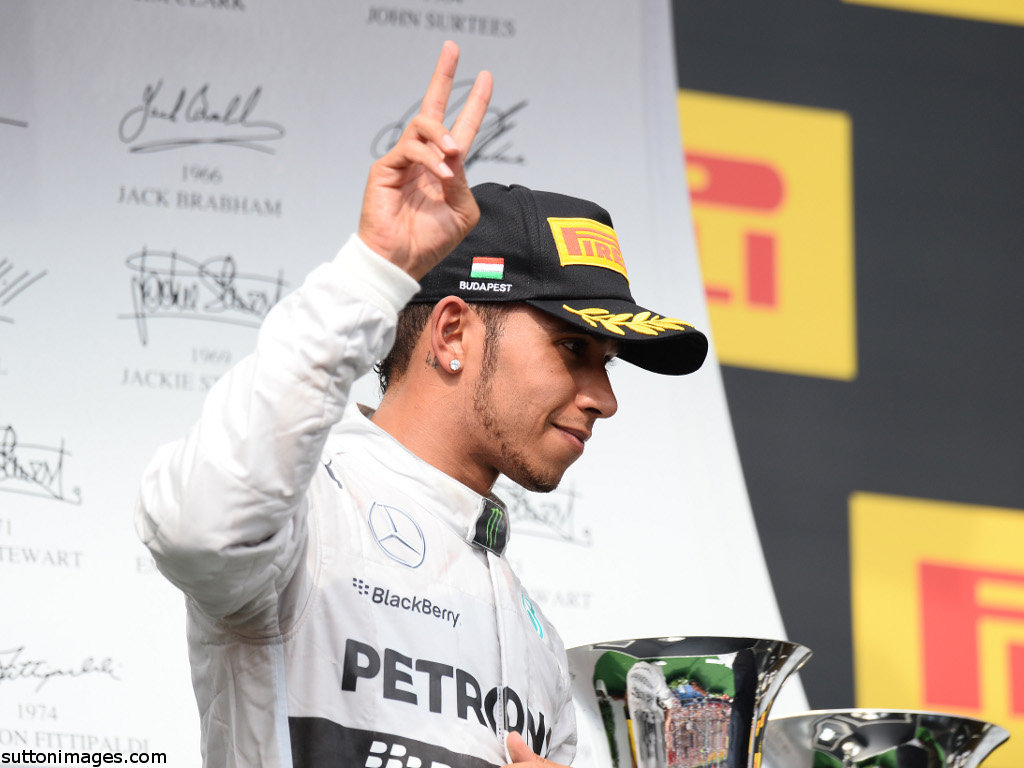 Lewis Hamilton was far from ecstatic with his third place in Hungary despite producing one of the drives of the season.

After being forced to start from pitlane following a change of gearbox and chassis due to a fire in Q1 on Saturday, Hamilton admitted he it would be extremely difficult for him to finish in the points.

Fast forward 24 hours and he not only found himself inside the points, but also on the podium. He even looked good for the win at one stage, but ended up third behind Daniel Ricciardo and Fernando Alonso and also managed to hold off pole sitter Nico Rosberg in the second Mercedes on the final few laps.

Hamilton, though, wasn’t over the moon with the display and when asked if this was his best drive in F1, he quickly replied: “No. It has been a pretty crazy weekend, a big thank you to the team they did a great job on the pit stops to help me today.

“The car has been fantastic but there were a lot of points lost this weekend. The brakes were very, very cold (at the start) and I was gone but I got going again and managed to push on from there.”