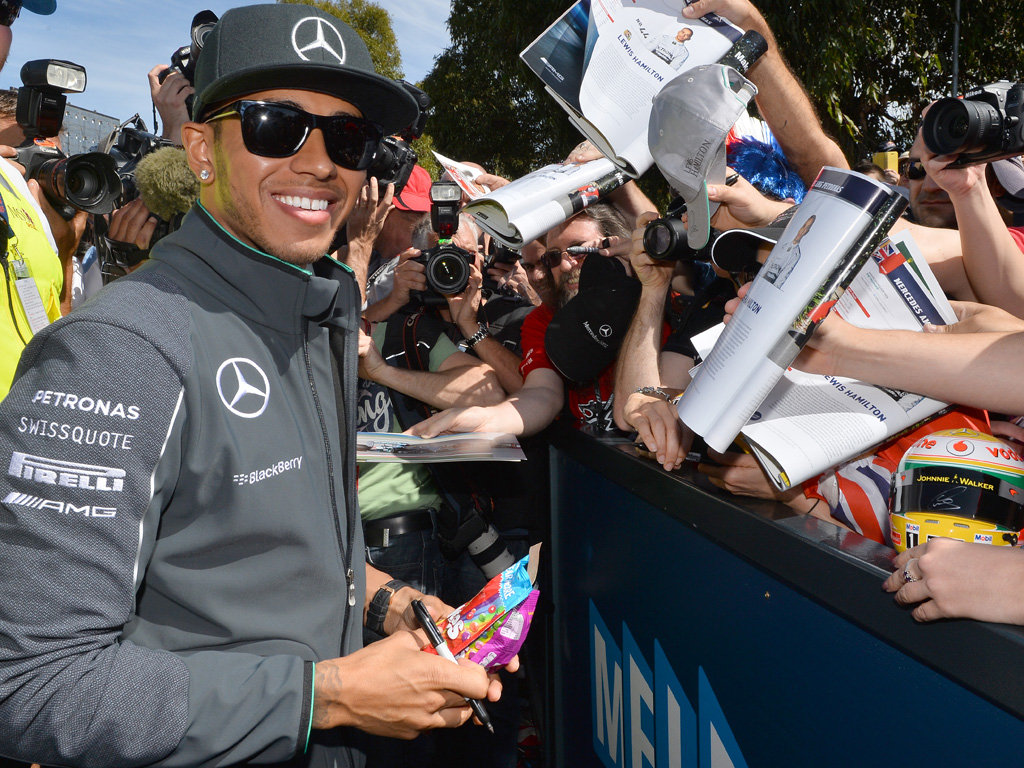 Although Lewis Hamilton believes there is “no reason” why Merc won’t be fighting at the front, the Brit has stopped short of making predictions…

Although Lewis Hamilton believes there is “no reason” why Merc won’t be fighting at the front this season, the Brit has stopped short of making predictions.

This weekend Formula One will have a taste of what is to come as the drivers take to the track for the season-opening Australian Grand Prix.

The first race of the season marks the beginning of the 1.6-litre turbocharged V6 era for the sport while other regulations have seen downforce cut and a new limit of fuel.

And although Mercedes, who had a solid pre-season, enter the Championship as one of the early favourites, Hamilton says it is still too early to tell.

“Everyone is talking us up and predicting the future,” he told ESPN, “but we really can’t say what’s going to happen this weekend.

“We know we’re strong, we’ve left no stone unturned, we’ve done absolutely everything we could possibly do.

“We’re hoping we’ll be at the front, that’s our goal, but we can’t say it’s going to be the case.

“So coming here, knowing this is going to be the best chance I have over the years, I don’t know, I haven’t even got in the car and raced yet.

“I had a good year in 2012 which was a strong year, and I probably had an opportunity in 2010 which I didn’t optimise on, so I’ve had some chances in the past. It is a long, long year, and a long time since I won the World Championship. It feels like a long time ago.

“But I’m still here and a lot more motivated from when I was before, more focused than ever before. So if the package is there then we will do the job, and there’s no reason why we can’t fight at the front again.”