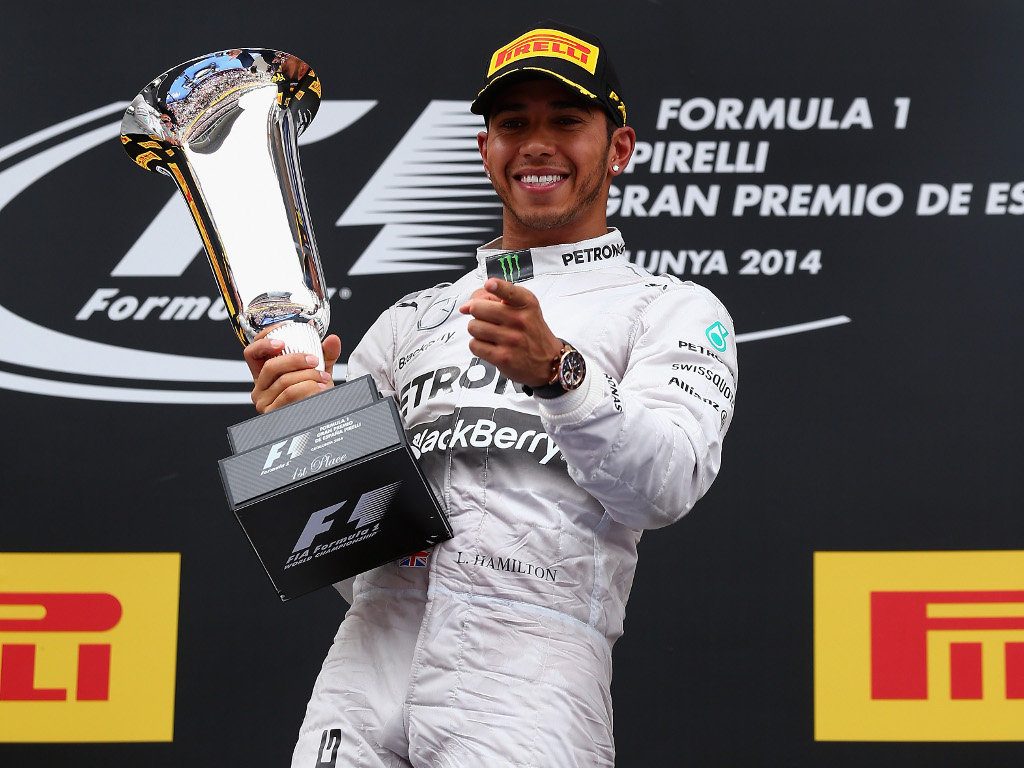 Despite claiming his fourth successive grand prix win, Lewis Hamilton concedes he was not the fastest driver in Spain – that was Nico Rosberg.

Although Hamilton dominated the field, including Rosberg, last time out in China, this Sunday the Brit found the going a lot more difficult.

Etching out a two-second lead over Rosberg in the first stint, Hamilton remained on the medium tyres in a bid to put further ground between himself and the German.

He did just that, building up an advantage of more than four seconds and he needed every tenth of that to keep his Mercedes team-mate at bay in the final stint when he was on the hard Pirellis and Rosberg the mediums.

Coming under immense pressure in the final laps, Hamilton held on to win by 0.636s.

“My first win in Spain means everything to me,” said the new Championship leader.

However, it wasn’t all fun and games as Hamilton had to work hard to keep Rosberg behind him.

“I was not upset, I was not fast enough today, Nico was quicker,” he added.

“I struggled with the balance and needed to rely on my engineers.

“I was moving my settings up and down and fortunately I was able to keep Nico behind.”

Speaking later to the BBC, Hamilton admitted Rosberg made life “very difficult” for him on Sunday afternoon.

“It was far from a perfect race,” he said. “It was very difficult to focus when you are being pushed from behind but I had an oversteering car.

“It makes it so much harder to save the tyres. Nico Rosberg was catching me on the entry of corners today.

“I was watching a screen around the circuit and I could see how close he was to me!

“All I was thinking about at the final corner was not to lock up and not make mistakes and fortunately I did not.

“When you are under pressure, and you do not snap under pressure, that is when you know you have your stuff together. Pressure motivates me. Everyone has their breaking point but I have not found that.”

The 2008 World Champion heads into the next round in Monaco with a three-point lead over Rosberg in the Drivers’ Championship.