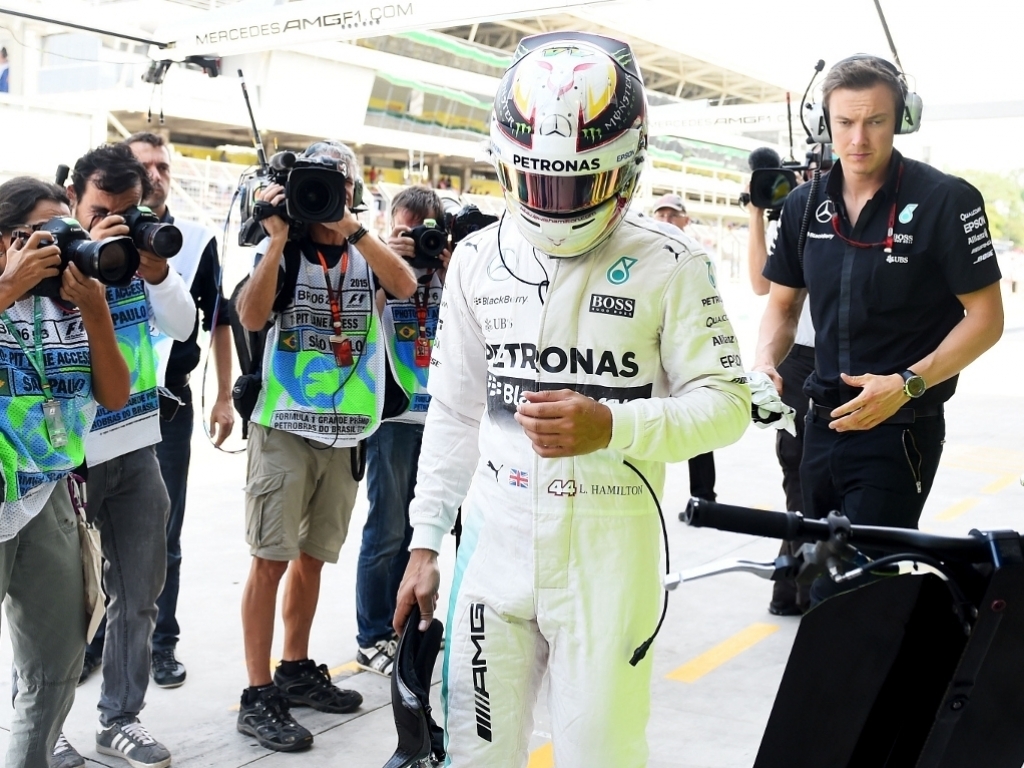 Lewis Hamilton has played down his recent form, saying the most important thing is that he has already won the Drivers' Championship.

After clinching up the title at the United States GP, Hamilton played second fiddle to Mercedes team-mate Nico Rosberg in Mexico with the German claiming pole position and the race victory.

He will also start the Brazilian Grand Prix from second place on the grid after Rosberg secured his fifth consecutive pole position, but Hamilton is not too worried.

"My main job is done, so [winning in Brazil] is not the most important thing, but of course that is the target," he said. "I've come here to a circuit where I haven't actually won at. Last year I was strong in the race so I hope to carry that through to the race tomorrow and see if that can make the difference."

When asked later if anything should be read into his recent form, he replied: "Not really. I've had the most poles of the year and I've won the World Championship so there's nothing to read into it. You don't always get it right, you can't get it perfect every time."

Having been fastest in the first two qualifying sessions, Hamilton couldn't match Rosberg in Q3 with the German's 1:11.282 beating his best effort by 0.078.

"Considering how the week has gone, I am pretty happy with how that went. Q1 and Q2 were very good and to better that is very fine margins, I clawed back as much as I could. It should be an exciting race tomorrow."