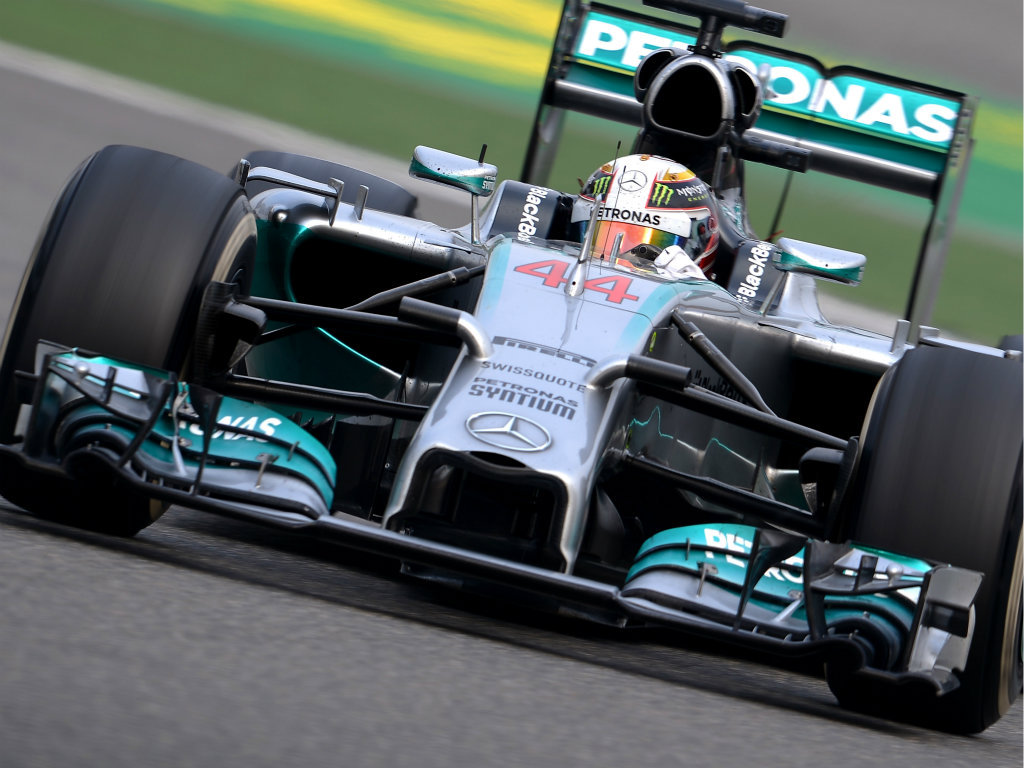 Lewis Hamilton’s performances during the first four races of the season has been “close to perfection”, according to former World Champion Nigel Mansell…

Lewis Hamilton’s performances during the first four races of the season has been “close to perfection”, according to former World Champion Nigel Mansell.

Hamilton started the season-open in Australia on pole position but failed to finish, but in the three races that followed, the 2008 Drivers’ Championship winner was almost peerless as he led home Mercedes 1-2s in Malaysia, Bahrain and China.

“No driver ever wins a world title in a bad team,” Mansell told BBC Sport during an exclusive interview.

“But what you can do is demonstrate how brilliantly you can win, and Lewis has done that so far this season.”

The 29-year-old Briton has been one of the most highly regarded drivers on the circuit throughout his career, but after narrowly missing out on the title for McLaren in his debut season in 2007 and winning the title the following year, he failed to finish higher than fourth in the next five seasons.

Since leaving McLaren for Mercedes last year, though, he has been in impressive form

“He has been close to perfection, just brilliant,” Mansell, the 1992 title winner, continued.

“When you get a few more wins under your belt, you get even more confidence and that gives you another half a second in your pocket.

“It doesn’t get any better than knowing you have a good car – it’s the most wonderful feeling.”

With Hamilton and team-mate Nico Rosberg dominating each of the first four races, Mercedes have opened up a 93-point gap to second place Red Bull in the Constructors’ Championship standings – a deficit of almost four race victories.

“I don’t see them dropping the ball.

“They’re not going to be unbeatable during the year, but I think it will be very hard to close the gap because of their superior engine performance.

“Lewis and Nico are going to have a tremendous time in 2014.”