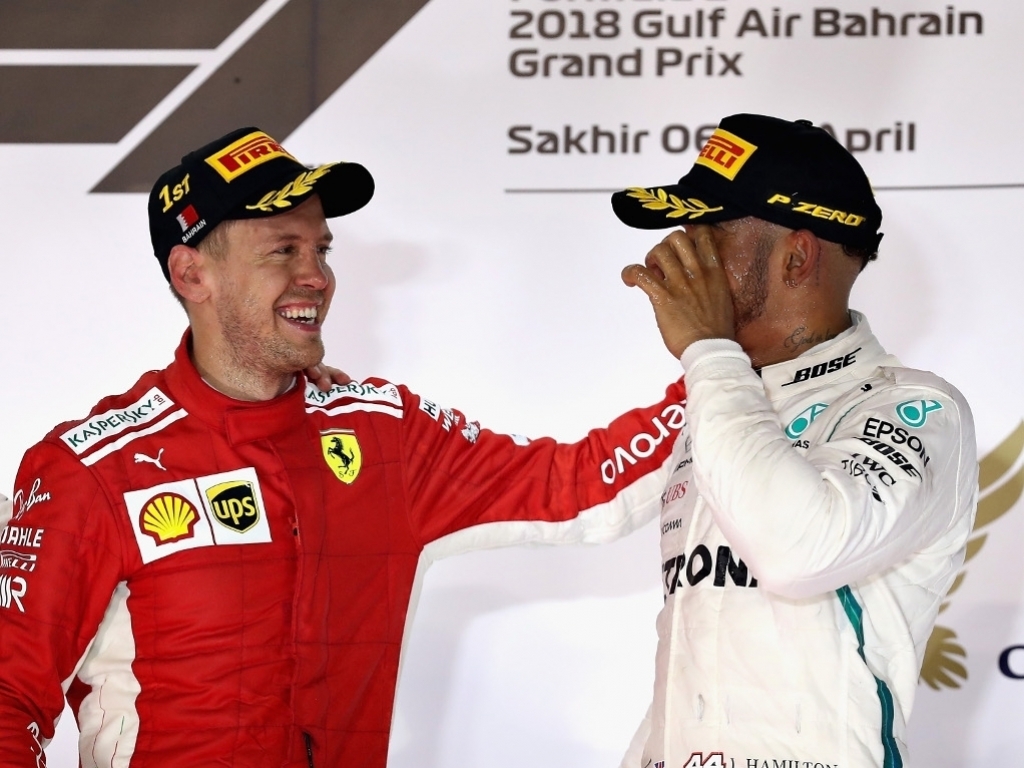 This weekend’s Chinese Grand Prix offers Lewis Hamilton the perfect opportunity to end Sebastian Vettel’s winning streak before the deficit becomes too great. But first Mercedes need to get it right.

Vettel has started this year’s championship in flying form, taking the chequered flag in Australia and again in Bahrain.

It has given the Ferrari driver a perfect score of 50 and, more importantly, a 17-point advantage over Hamilton in the race to be the first to secure a fifth World title.

You have to go back to 1982 to find the last time that a driver, Alain Prost, won the opening two races of the season but failed to win the title.

Not since Alain Prost in 1982 has a driver won the opening two races of an F1 season and not ended the year as champion. In fact, it's only happened four times in history. The others being Emerson Fittipaldi in 1973, Niki Lauda in 1976 & Jacques Laffite in 1979. #F1

However, in both grands prix Vettel was given a helping hand to some degree by Mercedes with a software glitch putting Hamilton behind the eight ball in Melbourne while in Bahrain, Mercedes admit they were “a little bit too slow to recognise the threat” that Vettel could one-stop with the softs.

Mercedes, though, have never been on the back foot for long and this weekend’s Shanghai International circuit with its long straights and cooler temperatures should play to the strengths of the W09.

In 14 Chinese Grand Prix, nine have been won from pole position, four of which went the way of Hamilton. The only time he won without starting on pole, 2011, he beat pole sitter Vettel to the line.

This season he’s chasing his sixth Chinese win and his second in succession, already the only driver to have won the race two years running. Vettel has won here just once back in 2009. Added to that Mercedes are going for their fifth straight win.

It is also a race where Red Bull have been there and thereabouts, third fastest in the pecking order the past two years. This season Daniel Ricciardo and Max Verstappen will be aiming to take a step forward, especially as they look to put their Bahrain disappointment well and truly in the past.

The double World Champion is one of two other current drivers, the other being Kimi Raikkonen, to have won in Shanghai. But while a win may be a step too far for McLaren, an improved showing in qualifying should set Alonso and Stoffel Vandoorne up for yet another points-scoring Sunday.

Eyes will be on Pierre Gasly and his Toro Rosso team. Fourth in Bahrain, Toro Rosso-Honda need a good follow up result this weekend to not only show that Bahrain wasn’t a one-off but to perhaps also secure Red Bull’s signature for next season.