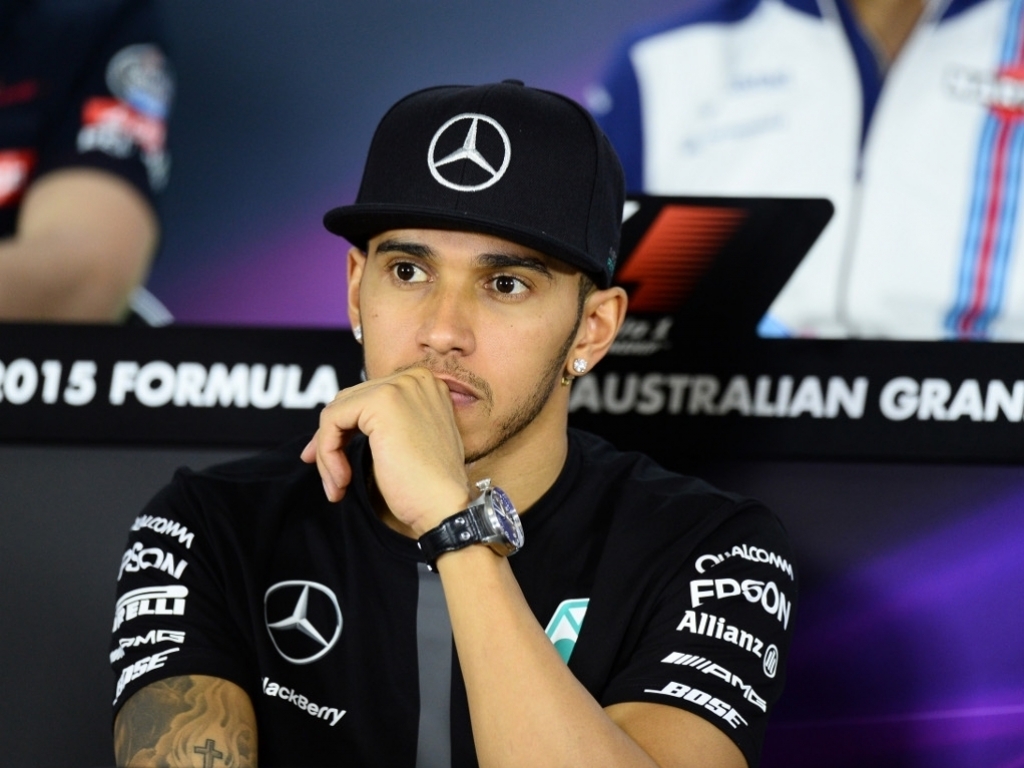 Lewis Hamilton may be the defending Champion but he says he doesn't feel like he's defending anything as it is a "new start" for all the drivers.

The Mercedes driver clinched the World title in 2014 to go with his 2008 triumph, beating team-mate Nico Rosberg in a thrilling intra-team battle.

His success last season, which saw him claim 11 of 19 grands prix wins, combined with Mercedes' form in pre-season testing has many billing him as the favourite for this year's crown.

The Brit is confident about his prospects, warning rivals that this year's W06 is "better" than its predecessor.

He wrote in his BBC Sport column: "People keep asking me how it feels to be going into the season as defending champion, but I don't feel like I'm defending anything. It feels like a new start.

"Last year was amazing, and winning the title for the second time was the greatest time of my life.

"But I am here to win the championship again. What happened before doesn't matter; what happens now and in the future is what's important. I am so hungry to do it again.

"I've never been in that situation before. When I won my first title with McLaren in 2008, the car we had in 2009 was so bad – it was the worst car I have ever driven.

"But the new Mercedes is better than last year's. It's looking very likely that I have a car I can fight for the title with, and that is an amazing feeling."

And despite heading into this year's Championship on the back of some drama in his personal life, Hamilton maintains he is "mentally prepared" for the challenge out on track.

"I guess ultimately, after winning the title, coming into the following year you want to do everything the same. But things change and that's not possible.

"I feel focused, and that focus is solely on winning.

"What has happened in my personal life has no bearing on me when it comes to this. I feel focused, I'm generally happy. I feel just as mentally prepared for the season as last year and hopefully my results will show that."