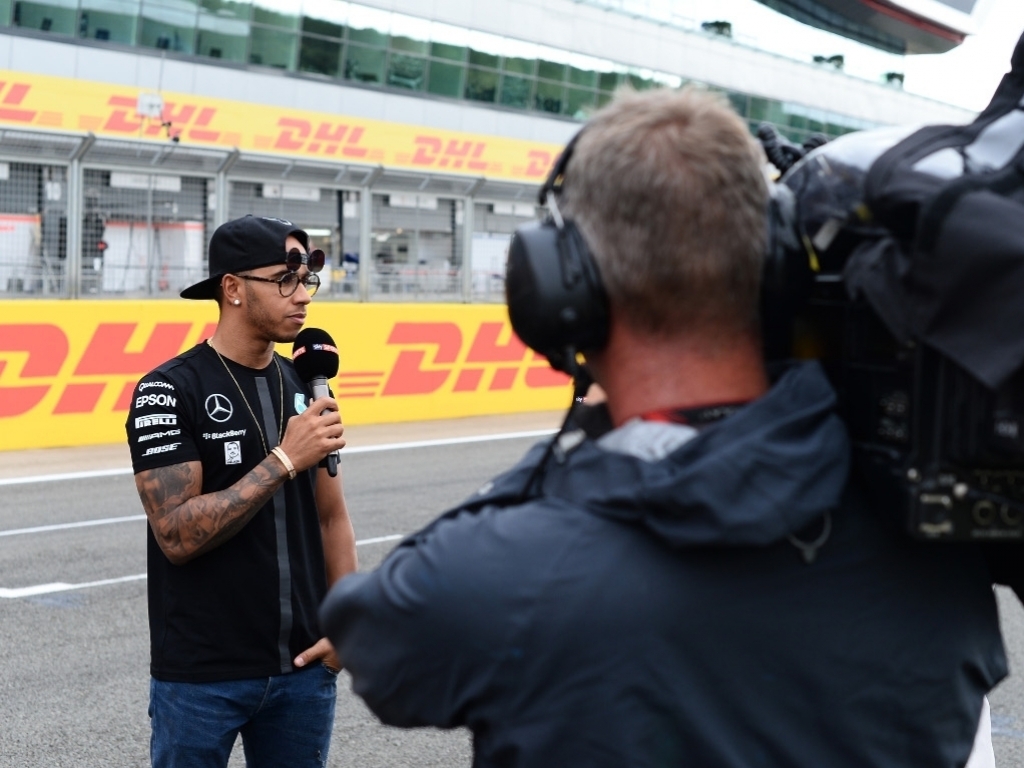 As he chases a third British GP victory, Lewis Hamilton admits he is facing a "very hard weekend" due to the pace of team-mate Nico Rosberg.

While Hamilton began this season with three wins in four races, it is Rosberg who has taken the initiative in recent weeks.

The German has won three of the last four races, including pipping Hamilton off the line last time out in Austria, to reduce his deficit in the Championship to 10 points.

And with Rosberg's challenge in the ascendance, Hamilton says he is in for a difficult weekend at Silverstone.

"It is going to be a very hard weekend as Nico has been very quick," said the Brit.

Rosberg, though, may not be the Mercedes racer's only rival this weekend with Hamilton revealing Williams or Ferrari could be up there.

"I can't say who will be our main rival," he added. "It could be Williams or Ferrari. The weekend will be down to a good qualifying and extracting the most in the race."

As for his form, Hamilton believes Mercedes have resolved the issues around his own slow starts when Rosberg tested in the wake of the Austrian GP.

"The last couple of races I have had some ups and downs and last time the start made a huge difference.

"Nico simulated what happened for me, and found a serious issue that could have affected us perhaps this weekend, and that has now been rectified."