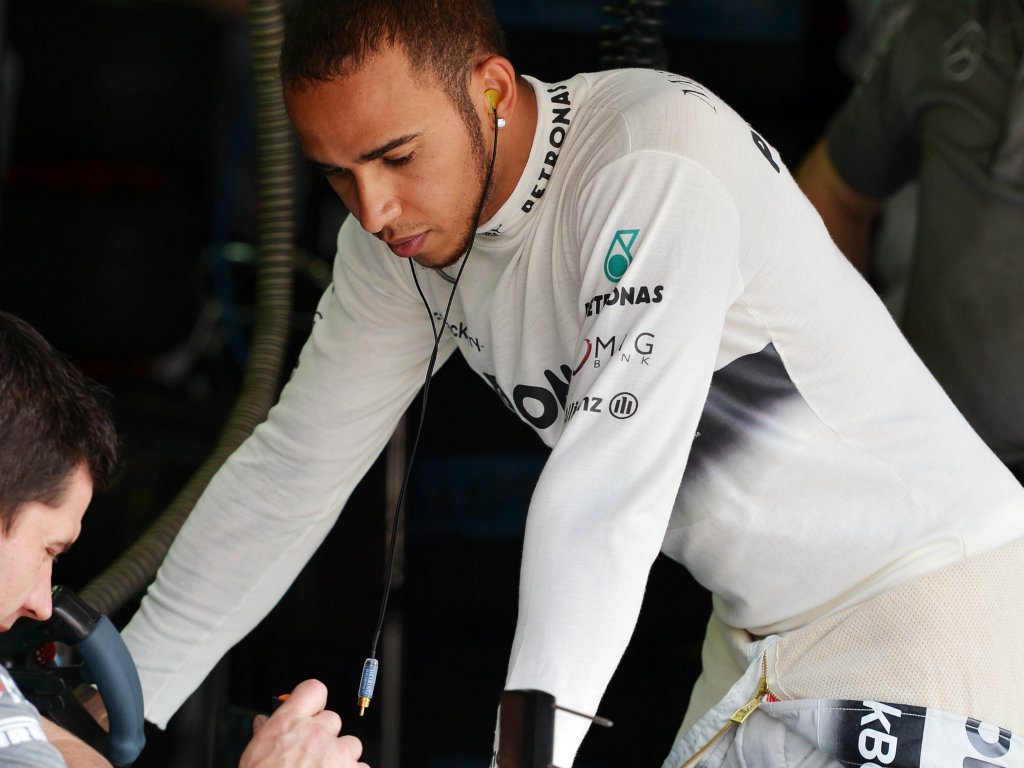 Lewis Hamilton is optimistic that Mercedes will win at least one race this year, but he feels a challenge for the World title is out of their reach…

Lewis Hamilton is optimistic that Mercedes will win at least one race this year, but he feels a challenge for the World Championship is out of their reach.

After impressing during winter testing, the Brackley squad made a reasonable start to the 2013 season at Albert Park in Australia last week with Hamilton qualifying third on the grid and finishing fifth.

Confidence is naturally growing, but the 2008 World Champion warns it’s unlikely that they will be able to keep up with the likes of Red Bull, Ferrari and Lotus when it comes to winning the Championship.

“At the moment, in terms of pure performance we don’t have the speed to compete for the World title,” he told Press Association Sport.

“But I feel there is more in the car and if we set it up we can be quicker. Whether that means we can close the gap and get ahead of the others, who knows.

“I’m certainly thinking we could get one win, maybe more than one, but the other guys are going to make it as hard as they can that’s for sure.”

Australian GP winner Kimi Raikkonen set the fastest pace at Malaysia’s Sepang International Circuit on Friday and Hamilton was ninth quickest overall, but he was the first to admit that he didn’t get much joy out of either the medium and the hard Pirellis.

“It wasn’t the best of days, but a work in progress,” said Hamilton.

“I think we’re strong on race pace, and the car is improving all the time, so I’m definitely satisfied with that.

“We’re at least where we finished in the last race, but I think we can do better.”