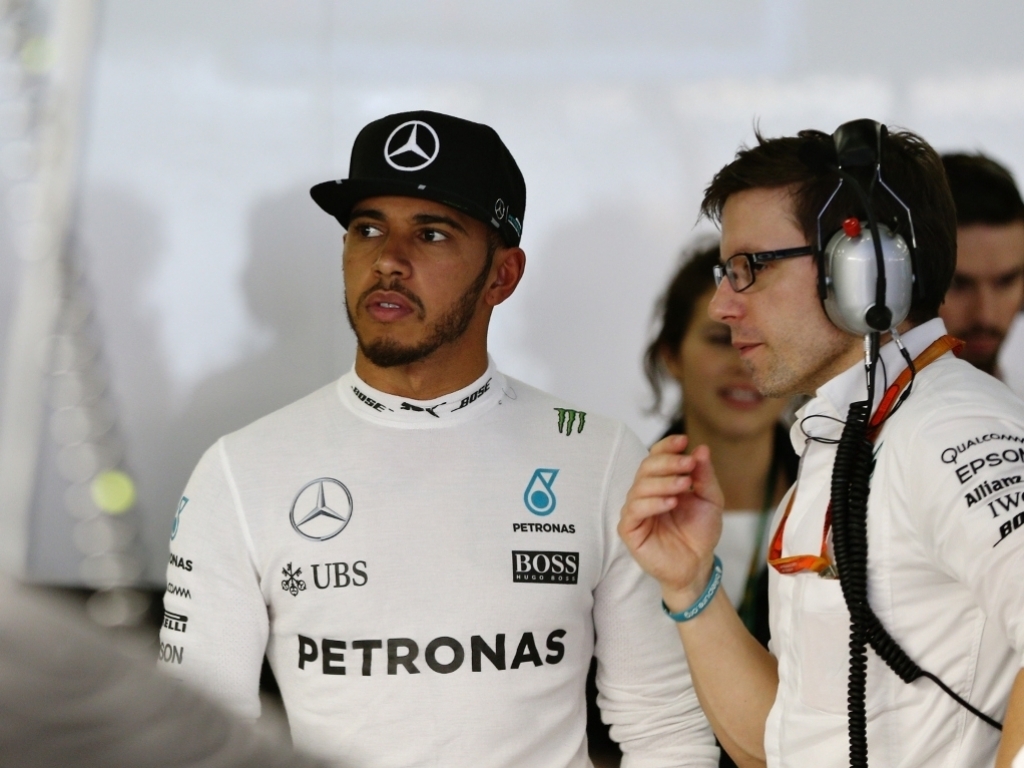 As he once again lost ground to Nico Rosberg in the title race, Lewis Hamilton admits he is out of "jokers" for this season.

Hamilton arrived in Shanghia trailing his team-mate by 17 points as Rosberg had made a flying start to the championship, taking both early wins, while the Brit was literally bogged down.

The situation took a turn for the worse this past weekend as an ERS issue in qualifying meant Hamilton started from the back of the grid while Rosberg claimed an unchallged pole position.

The German turned that into a win, his third of the season and sixth on the trot, while first lap contact left Hamilton fighting his way through the field with a damaged W07.

He recovered to finish P7 and now trails his team-mate by 36 points.

It is not the first time that Hamilton has had to play catch-up to Rosberg in the championship, however, he admits he needs a problem-free run for that to happen.

"It doesn't feel any nicer than it did back then [in 2014], if anything it probably feels worse because it has just gone one negative after another but of course there is a long, long way to go," he said.

"Lots can happen, it's just I have no more jokers available really."

The Brit is determined to remain positive, believing he has the mental fortitude to cope with the challenges.

"I definitely don’t feel the dark cloud I’ve had over me in the past right now," he explained.

"Of course it’s a trying time. Lots of different emotions and thoughts going through my mind as you see the season start the wrong way.

"As you see the championship and the goals your eyes are focused on move further away as you’re approaching it.

As for the ERS problem that cost him in qualifying – Hamilton was not able to set a lap time in Q1 – the reigning World Champion says he has the "utmost confidence" in Mercedes.

"It’s been a bit awkward," he said. "These things happen. They are sent to try us. Of course it’s not a great feeling. I don't sit here at all with an amazing feeling.

"But I have the utmost confidence in this team that we will recover at this from some point. When? Who knows. I’m hoping for better races to come."