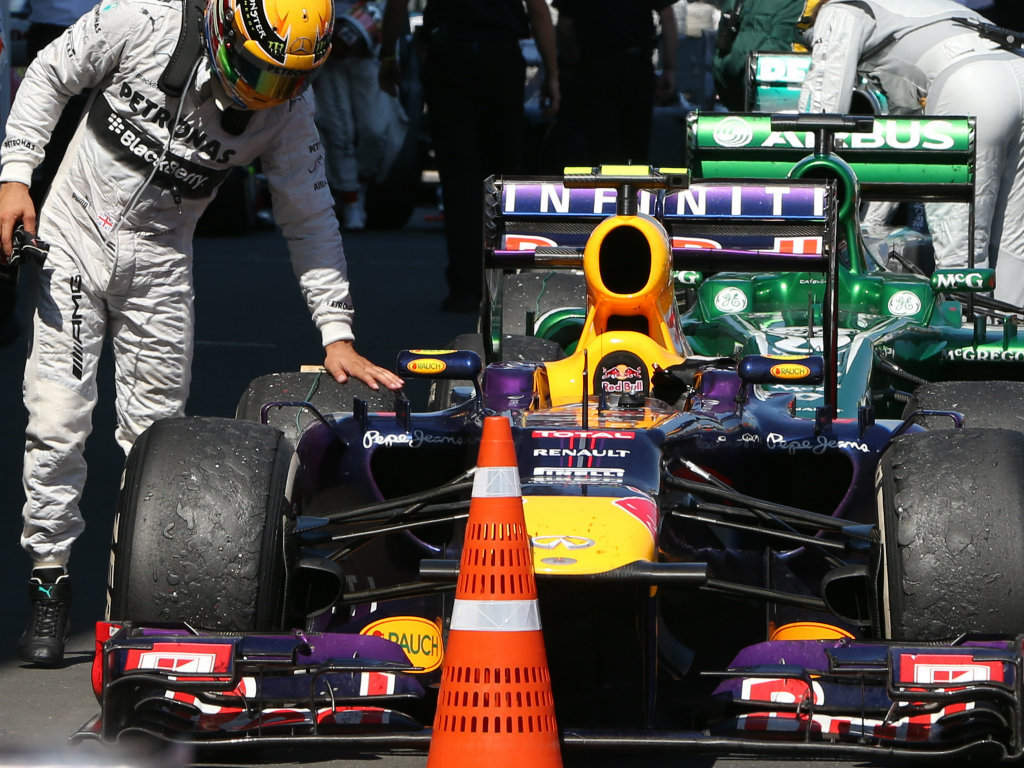 Lewis Hamilton admits he will need some luck to not only win the Championship, but also get that elusive first win for Mercedes this season…

Lewis Hamilton admits he will need some luck to not only win the Championship, but also get that elusive first win for Mercedes this season.

The 28-year-old started the German Grand Prix at the Nurburgring in pole position, but he went backwards as soon as the lights went out and eventually finished in fifth place.

With Sebastian Vettel winning the race and his other title rivals Kimi Raikkonen of Lotus and Ferrari’s Fernando Alonso finishing ahead of him, Hamilton knows he’s not really in the title battle at the moment.

“I’m not really thinking about the Championship now,” he said. “There’s really no point thinking about it – especially as he [Sebastian Vettel] is over 60 points ahead.”

He added: “We are going to need a little bit of luck on our side and a bit of elbow grease, and we might be able to do it but I don’t know.”

Hamilton has now claimed three pole positions for Mercedes, but while his team-mate Nico Rosberg already has two wins to his name, the Briton only has three P3s.

“It would be good to get a win but at the moment it really doesn’t feel like it’s going to happen,” said Hamilton, who will always be in with a shout of winning a race with bookmakers.co.uk.

“Luck is definitely not with me but who knows? At some stage it’s got to come.”

Hamilton didn’t hide his frustration after Sunday’s race saying “I have nothing positive to say about these tyres”.

Pirelli is hoping to introduce new tyres at the Hungarian GP, but while other drivers will be able to sample them at the Young Driver Test at Silverstone from July 15-17, Hamilton and his Mercedes team won’t get that opportunity following their ban.

“I don’t know if people fully appreciate how big a negative it is for us not to do the test,” he said.

“We are going to go to Hungary when other people have gone and tested (the new tyres with) different ride-heights, different pressures, got their car ready for a long run so they arrive ready.

“We don’t have any of that information so when we get there we’re going to go into it blind. We shouldn’t be in this position in sport, but that’s the way it is.”