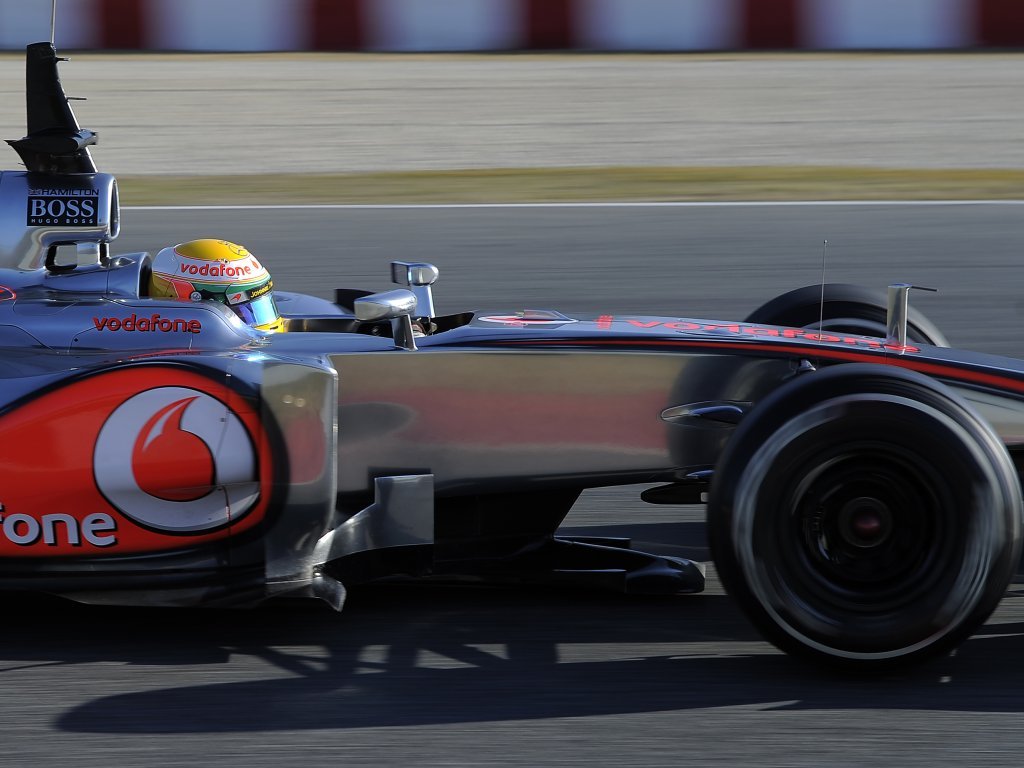 Lewis Hamilton insists McLaren’s MP4-27 will get similar amounts of downforce as other cars this season despite their “normal” nose.

While McLaren’s rivals have opted to use the stepped nose on their 2012 challengers, the Woking squad have decided to stick to the tried and tested as their chassis is much lower than that of their rivals.

Hamilton is confident that the design team got the balance right when they opted for the regular nose.

“It’s not looking like a negative,” he told ESPNF1.

“I think we have the downforce on the car, or at least similar downforce to others. The question is always finding the balance and where you have the downforce, whether you have it on the front or have it on the rear or the middle of the car. Entry of corners, mid-corner, exits of corners – it’s always a balance to manoeuvre the design of the car so that you get the best balance throughout the corner.

“When I speak to my engineers, that’s what I’m trying to co-ordinate with them so that when they go back they make some shuffling around to transfer some downforce to the rear or whatever it is.”