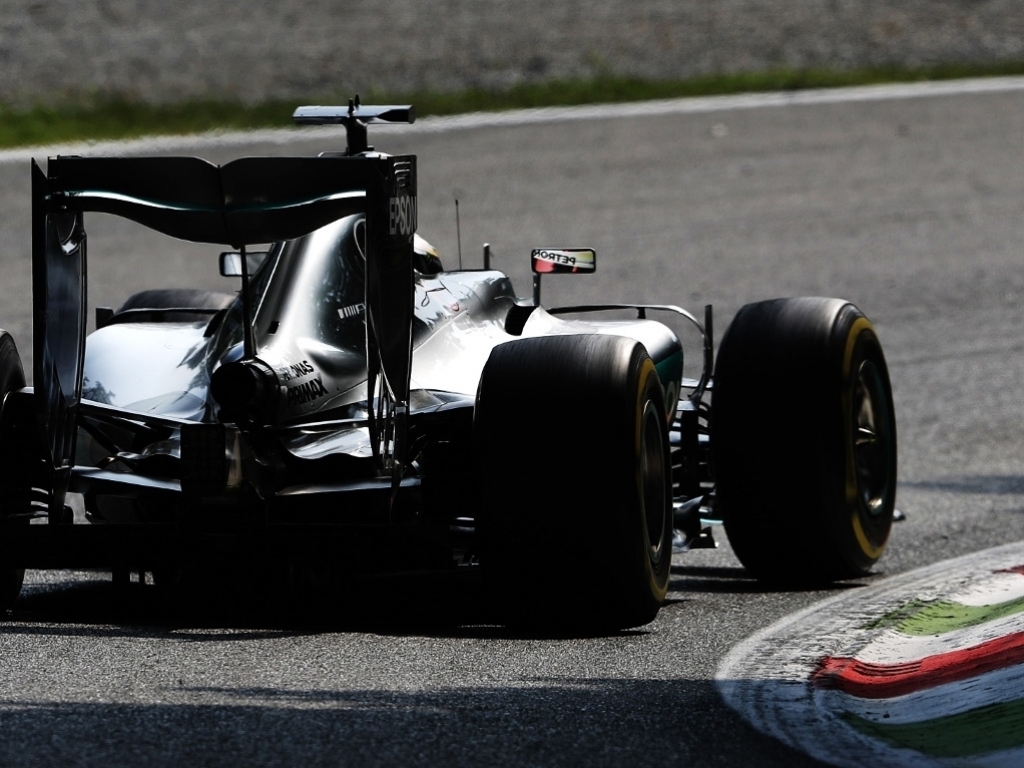 After outclassing Ferrari during the two opening practice sessions of the Italian Grand Prix, Lewis Hamilton doesn’t expect them to improve by Sunday’s race.

Hamilton posted a time of 1:22.801 during FP2, almost a second faster than the rest of the grid, except his teammate Nico Rosberg, who recorded a lap time of 1:22.994.

Ahead of the Italian Grand Prix, the triple World Champion believes that the race will be contested between himself and Rosberg, despite Ferrari showing off their engine upgrade.

“I’ve not looked at the others, but yeah as I said the gap is looking bigger this weekend,” he revealed.

“Ferrari were closer on pace in FP2, but in terms of pure pace it is looking like it should be a good battle between me and Nico, but I’m not sure how close it will be.”

In the first session, it was Rosberg who took the bragging rights as the German topped the times after 90 minutes. But with Hamilton’s resurgence in the afternoon, the former McLaren driver is feeling much more confident.

“This morning was OK,” Hamilton said.

“It’s hot out there but the track feels really good with lots of grip and I found a good balance in the end, particularly going into my second stint. So I’m really happy with it and we got through our run plan and we are looking very strong this weekend.

“It’s strange how one weekend you are stronger than another as a team, but the car feels good this weekend.”