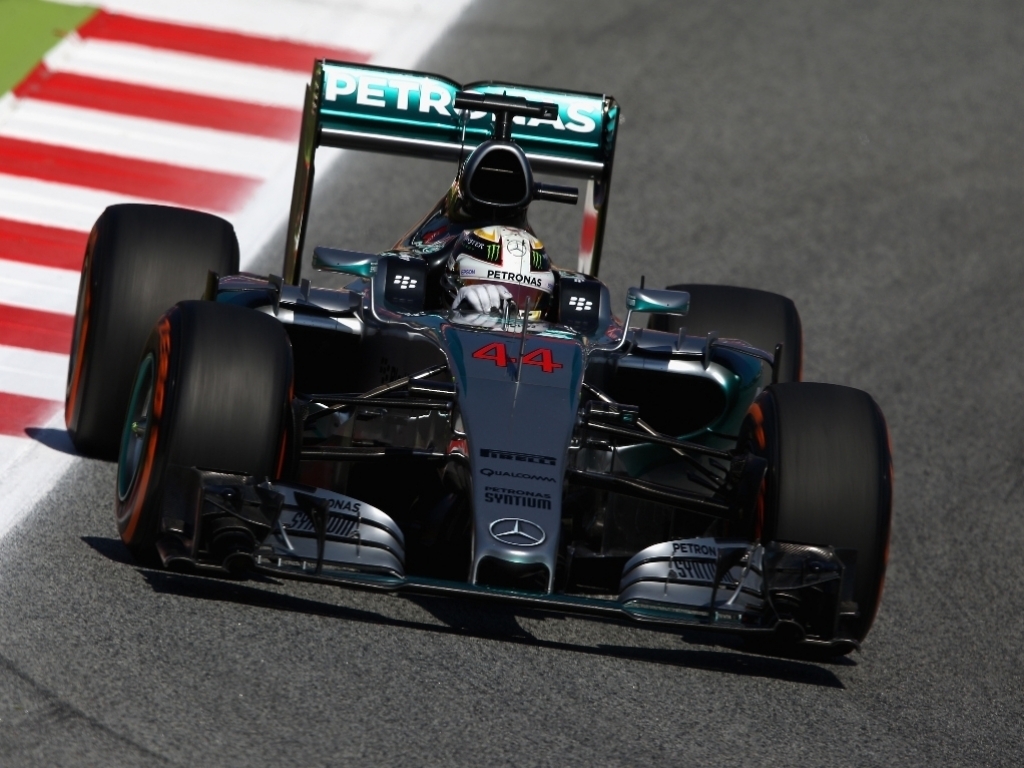 Lewis Hamilton reckons his pace is looking "pretty strong" after topping the timesheets in Spain on Friday.

The double World Champion took the mantel from his team-mate Nico Rosberg in Friday's second practice to finish fastest of all.

A 1:26.852 on the medium Pirelli tyres put him 0.408s up on Sebastian Vettel while Rosberg was a further three-tenths down.

But despite setting the pace, Hamilton was not happy with the balance of his car.

"At the moment I'm not," he said on Friday afternoon. "I don't really know why, it just feels very inconsistent throughout the lap.

That impact the tyres with Hamilton conceding that a large part of his day's work was getting a feel for the Pirelli rubber.

"The priority was understanding the tyres and how they wear because, ultimately, the race is the most important part of the weekend," he said.

"We've not analysed the times yet but our pace felt pretty strong."

As for the intra-team battle at Mercedes, the Brit is confident Rosberg will bounce back on Saturday so it's up to him to stay ahead.

"I think he's going to be quick, so I'll try and be quicker," he added.