Home Uncategorized Hamilton not ready to play it safe 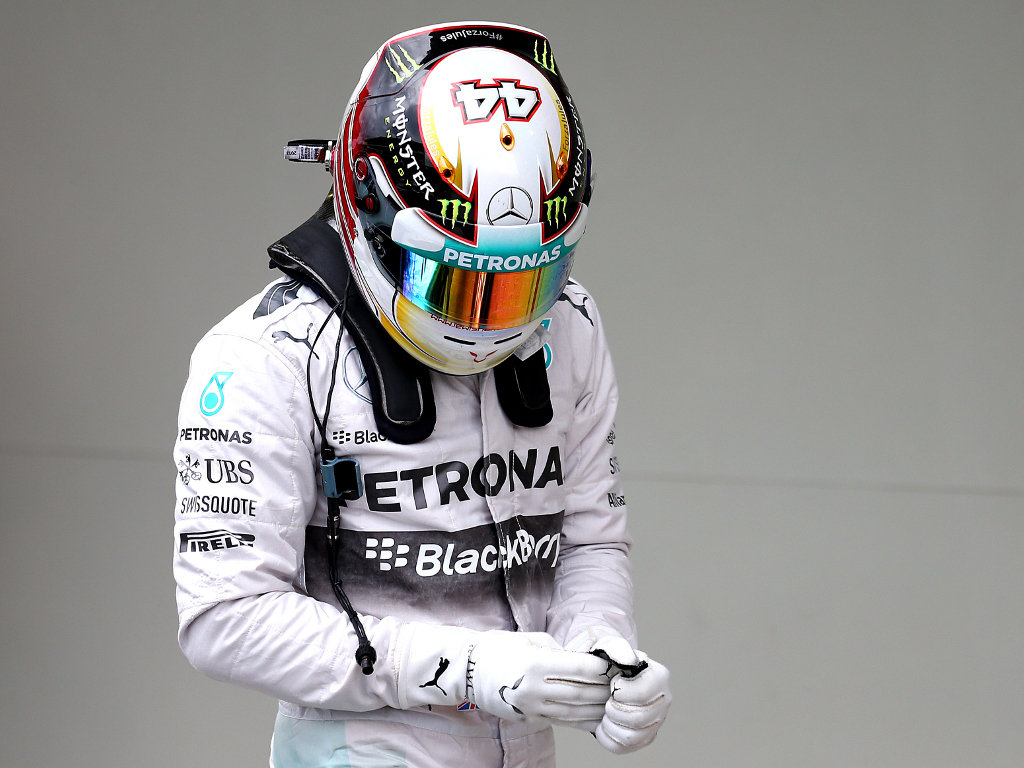 Lewis Hamilton has dismissed concerns that he could play it safe at Interlagos as he looks to protect his position in the Championship.

The 29-year-old has a 24-point lead over team-mate Nico Rosberg in the standings with two races left in the season and he only needs two P2 finishes to secure the title despite the double-points finale in Abu Dhabi.

Rosberg, though, is making sure that his team-mate knows he won’t back down from the challenge and got himself pole position for Sunday’s Brazilian Grand Prix by edging Hamilton by three thousandths of a second in Q3.

“It was great fun out there,” Hamilton said of the tight Q3 finale. “Nico did a great lap. I think I lost time at Turn 10 and maybe a tiny bit in Turn One.

“But it was great having to keep going out and fighting – that’s what qualifying should be all about, and being that close is really exciting – I hope everyone enjoyed it.”

As for Sunday’s race, he said: “Pole position is the best place to start, but it’s a long race tomorrow and it should be really exciting with all the pit stops. I’m here [and] I want to win just as much as anyone else here so I am going to work as hard as I can to win a race.”