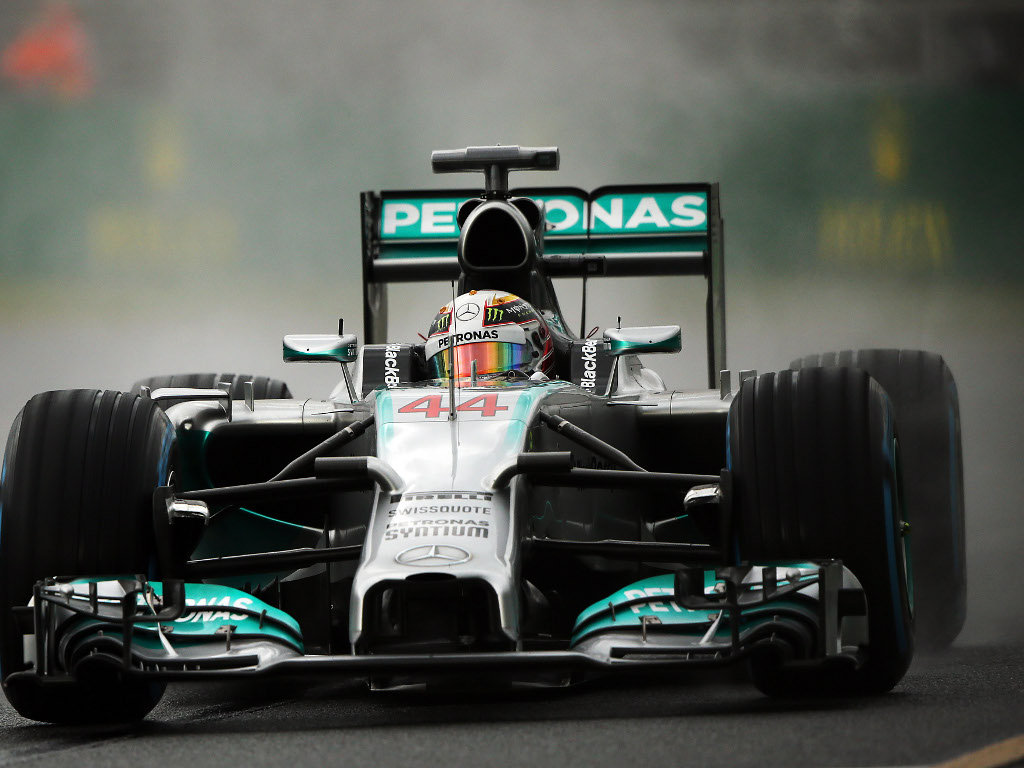 Lewis Hamilton believes opting not to swap to the intermediate tyres is what gave him the advantage in Saturday’s Australian GP qualifying.

With the rain coming down at the start of Q3, Hamilton decided to venture out on the full wet Pirelli tyres. However, not all ten drivers took the same approach as some put on the inters.

With a banker lap in the bag, the drivers headed back into the pits where some changed compounds; Hamilton and Mercedes did not.

Hamilton said: “It was difficult to know where the turnover point was for intermediates and full wets. Do you take a risk or not? We decided not to.

“Ricciardo did a good job on the intermediate tyres, so it was a close call between the two tyres. The conditions made it extremely difficult. I hope the weather is better tomorrow for the fans but also for us.”

Saturday’s running in the rain as Hamilton’s first experience of driving his new W05 powered by a 1.6-litre turbocharged V6 engine.

And like many of his rivals, the Brit found it was a lot more difficult to drive than its predecessor.

“It’s been an interesting weekend and today it made it much harder with the conditions but I’m really happy for the job the team did,” said the Brit.

“These new cars are a lot harder to drive in the wet and it was my first time in the wet. [It was] a serious task and challenge today.

“But for both me and Nico [in third] to be up here is a real great showing for the team and it’s obviously great to see Ricciardo up here for his first grand prix with Red Bull.”