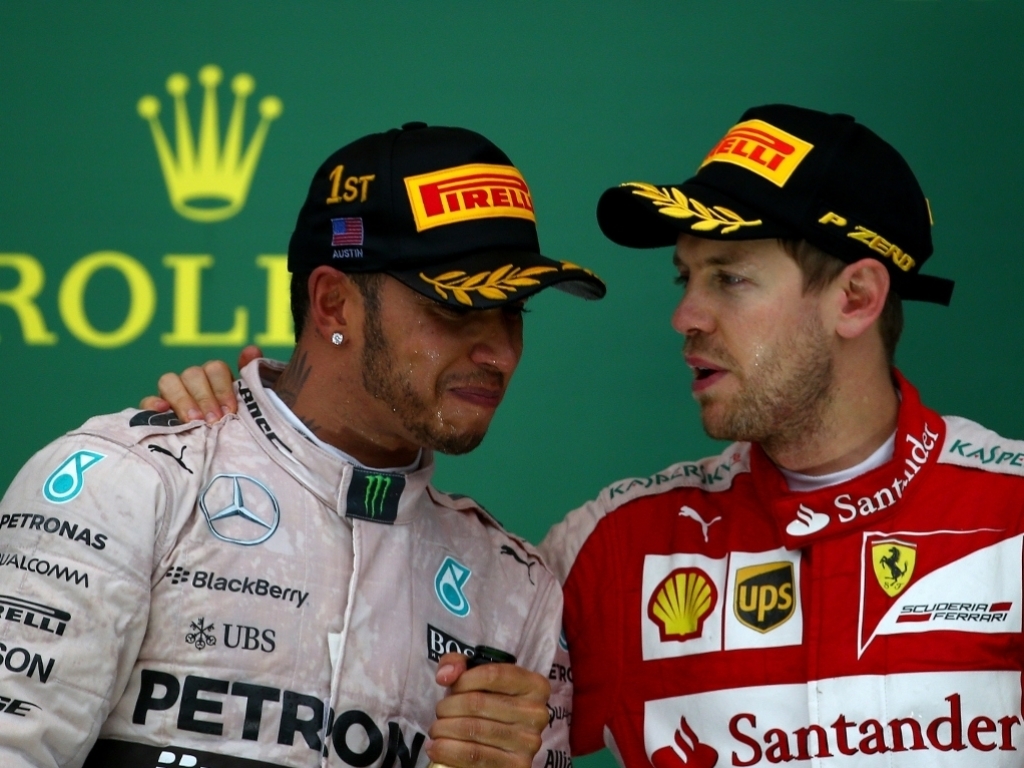 The Mercedes driver wrapped up his third Drivers' Championship with three races to spare when he took the chequered flag in Austin on Sunday.

It was a great achievement for the 30-year-old, who became the first British racer to win back-to-back F1 crowns.

Both him and Sebastian Vettel were asked after the race where their goal was to reach Michael Schumacher's number of seven World titles.

Hamilton, though, says he has no set number in mind.

"For Sebastian, being from the same country I think that would be, for sure, I would imagine, Sebastian's target," said the World Champ.

"As for me, as I said, it was always to get the three that Ayrton had. Of course, he wasn't from the same country as me but he was the guy that inspired me as a youngster. Now I'm like… I don't know where it's going next. There is no-one else I look to, that I want to equal or emulate now.

"I'm just going to start… as I said one race ago or something like that, I feel like I've got the baton now for myself and Ayrton and I'm going to carry it as far as I can, as strong as I can and keep building and see where I take it."

As for Vettel, he says he has too much respect for his compatriot's achievements to even "dare to think" that he could match him.

"To be honest, no, it's not really part of my thinking," said the Ferrari driver. "I think it's because, the way I think of Michael is with massive respect for what he has achieved.

"He is my childhood hero. In many ways still my hero. Especially since the day I joined Ferrari – to know what he did with the team and what especially he did to be that successful makes me respect him even more.

"So, yeah, I don't really want to go near… I think I'm very, very happy to be in the position that I am – and of course my target is to win the championship with Ferrari – but I haven't, y'know put a number to it and I wouldn't dare to think about equalising Michael."