Home Uncategorized Hamilton: Nothing out of reach for Mercedes 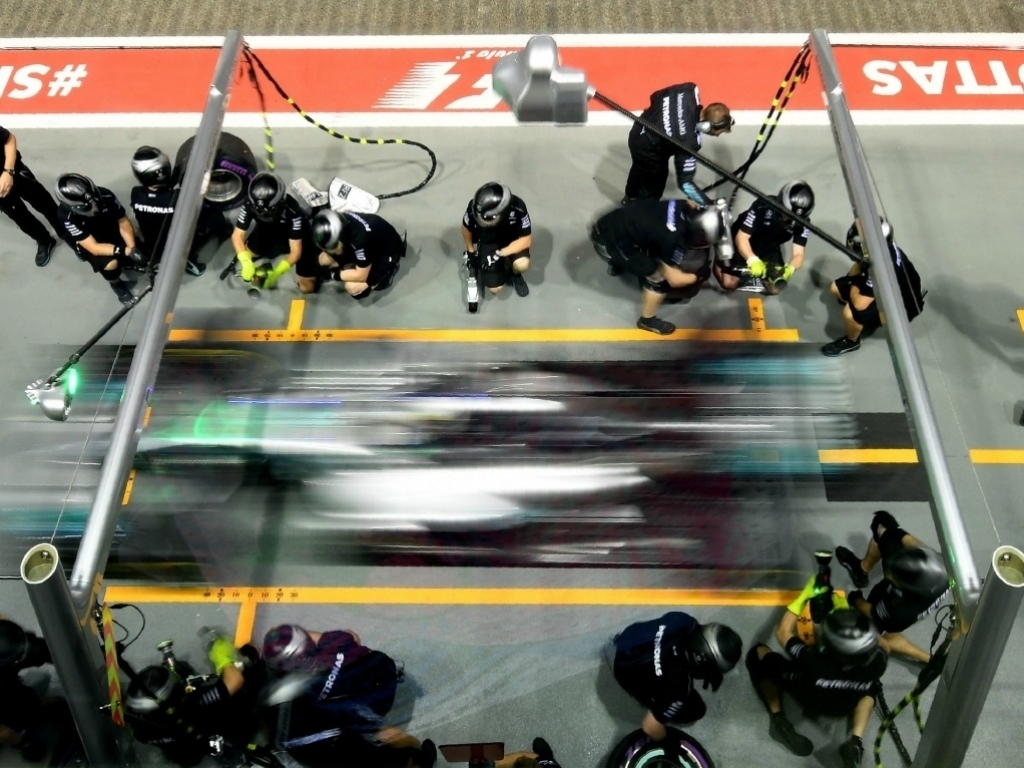 Lewis Hamilton does not subscribe to the assumption that Mercedes will have to settle for second or third-best at the Singapore Grand Prix this weekend.

The Marina Bay circuit was expected to heavily favour title rivals Ferrari and be a struggle for the Silver Arrows, but it is Red Bull who are setting a very high, albeit early standard in Singapore.

Hamilton finished P3 after FP2, seven tenths slower than the pace set by Daniel Ricciardo who topped both Friday practice sessions, and while he concedes there is "work to do", the World Championship leader is still not ruling out a race victory.

"We had a clean day and got through our sessions without problems," said Hamilton.

"It was pretty hot out there, the conditions are pretty awesome to cope with, but the grip on the track is fairly good.

"We were obviously close with the field today and we have still got some improvements to make with the car.

"Red Bull seem like they're very strong and they're thereabouts with Ferrari, so we've got some work to do. But nothing is out of reach."

Team-mate Valtteri Bottas had more trouble getting into a rhythm and found himself over a second slower than Ricciardo down in P4.

"We were making big setup changes between the first and the second session, but still didn't quite find the right setting," said Bottas.

"There is plenty of work to do from what we learned today, as I was struggling with the overall grip and the balance of the car.

"The car felt quite nervous, so it's not so easy to trust the car when you push.

"That's the main thing we need to work on so that I can build up my level of confidence."