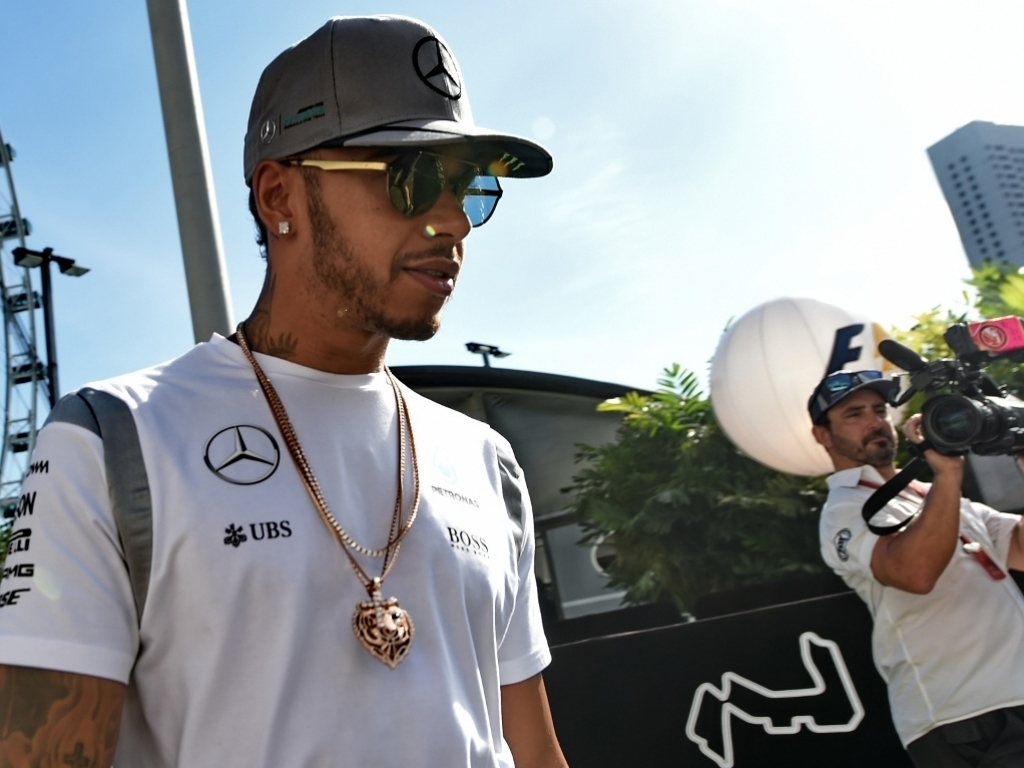 With the Drivers’ Championship battle reaching its conclusion, Lewis Hamilton has 'no idea' if he will be able to regain momentum after giving up his lead to teammate Nico Rosberg.

During the early stages of the season, Rosberg opened up a 43-point gap on the Brit after he won the opening four races.

However, after the Spanish Grand Prix where the two collided, Hamilton won his first race in Monaco as the momentum shifted into his favour.

Dominating the European leg of the Formula 1 calendar, the triple World Champion went into the summer break with a 19-point lead.

The German, though, won the first three Grands Prix since the break and is now above Hamilton on the Championship table with an eight-point lead.

When quizzed by Motorsport.com about whether momentum would shift back into his corner, the 31-year-old answered: "I have no idea."

"We don't know if it will, or if when it does, when it will be. But we still have six races, so I've just got to keep pushing and hope for the best.

"I don’t really have an answer for it you know, because every year is different. It’s just the way it goes. Some weekends he does great, some weekends I do great.

"Nico just did an exceptional job this weekend and we didn’t. What it’s going to take? Just some good weekends, which we’ve had in the past.

"It's a bunch of s**t, a combination of things all together, which ultimately make a perfect weekend."