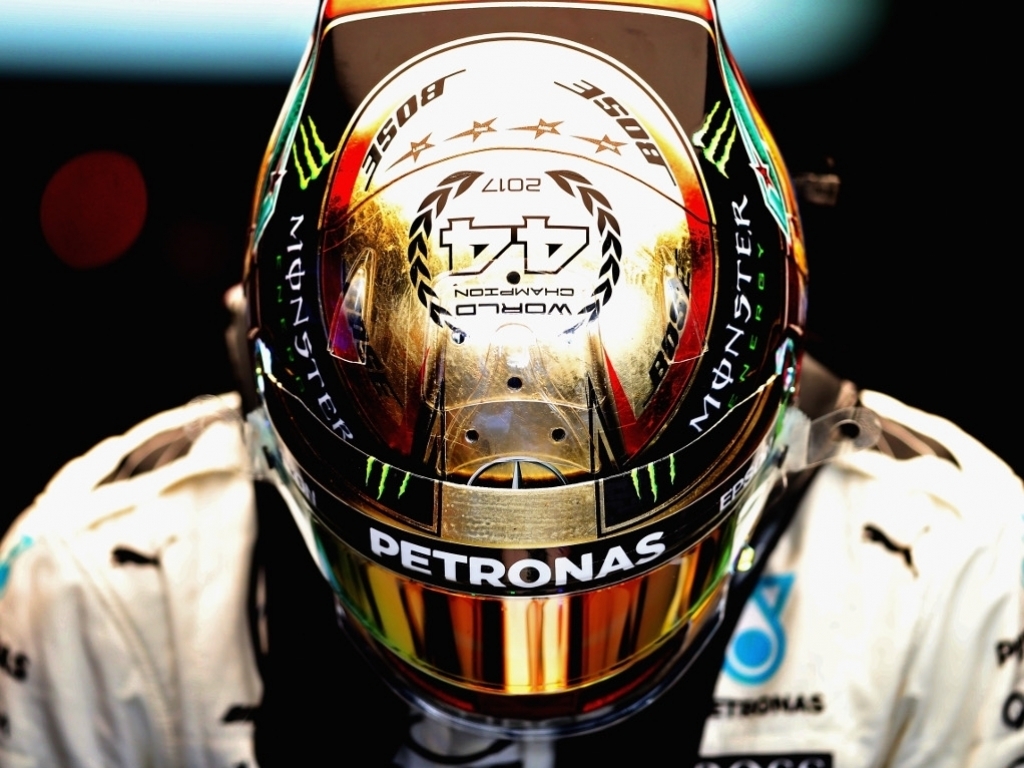 2017 has been a titanic year for Lewis Hamilton of the omnipotent Mercedes AMG Petronas Formula 1 team.

For not only did the former British Formula Renault, Formula 3 Euroseries and GP2 champion win his fourth Formula 1 World Championship, in doing so, he put his surname alongside those of the sport's absolute elite, joining Fangio, Schumacher, Prost and Vettel as the only drivers to do such a thing.

On the eve of the 2017 Abu Dhabi Grand Prix and the opulent Yas Marina Circuit, the Silver Arrows driver reflected on a season where he had to fight as hard as he ever has to keep the No. 44 W08 out front and pulling away from the contenders and pretenders , and in doing so, captured a championship he simply called, "special."

Lewis, what made this title, your fourth F1 World Championship, special and unique in comparison to the other three you have amassed?

Well, I mean they're all unique in their own way. I think this year with actually fighting Ferrari and fighting a four-time World Champion [Sebastian Vettel] makes it pretty special. It was so nice to win.

There have been several mentions in the media where Toto Wolff – as well as virtually the entire the Mercedes AMG Petronas F1 Team have cited 2017 as the best and most focused that they have ever seen you. True?

Uhm… I don't remember the other years, so. I've only remember what's happened the last few weeks. But I would definitely say that this has been one of the most focused years of my career, yeah.

Four F1 titles in this day and age almost seem surreal. Does it ever strike you that way?

It is surreal. It hasn't really sunk in yet. It is very, very surreal. I guess it doesn't really register at the moment. I don't know whether if it's going to, or if it will or not, but… I was just saying to my friend, "Can you believe I'm four-time World Champion?" We were both taken back a bit when we thought about it.

How important are the career records and numbers to you? To some racers throughout history, they were very important. To others, maybe not so important. What's your take on them?

Yeah, I've never really focused on the numbers or the records. Every now and then I'll get a record that I wasn't aware of it at the time people will talk about it. I think it's kind of neat sometimes when people mention it. It's not driving me, though. I just love driving. I just go out every day and if I'm there on a record, then cool. If not, I could really care less if I get it or not.

All that withstanding, is there one particular record or number that you feel you must have?

I don't think a record defines who you are or how good you are. Records are there to be broken. But even if I just had to stop at the end of this year and I didn't get a record, it doesn't mean at that time that you are not the greatest. To think you have to drive for 20 years to be the greatest is just a misconception.

By most accounts, and as a driver and as a person, Valtteri Bottas has been a very good teammate for both you and the entire Mercedes-Benz team. Thoughts?

He's been a great teammate and a good influence on the team. He's really positive and has a great work ethic and he's a really wonderful person; he really has a good heart. We think a lot alike in the sense if you don't do a good enough job, you just have to do a better job. There are not any games that you try and play to apply pressure in a different way or anything like that.

How will you motivate yourself for 2018?

I haven't thought about it yet so I have no idea.

What drivers and which teams will threaten you, Bottas and the dominance displayed by Mercedes-Benz during the past four years?

I think Red Bull will probably step up their game next year and they really have in the second half of this season. Ferrari, next year, are going to be there.

What are your favorite races and venues on the Formula 1 world tour and why?

There are a few. Monaco is always awesome. Monaco, Montreal and Austin. There are a lot of them, but those are the ones that I really enjoy.

Your brother Nicolas was on hand in Texas to support you. Cool to have your brother around at the races with you?

Yeah, it's family, man. It's a good time with family being there to support you, especially before you've had any real success. It's just great to have my brother around me, you know?

What do you plan to do during your forthcoming off-season?

Currently, I don't have any vacation booked up until the 23rd of December. I'll be back at work and after this Abu Dhabi race, I'll start training for next season already.

There are millions and millions of Lewis Hamilton fans around the world. Maybe some of that comes from the fact that you are a globetrotting F1 World Champion, but maybe a lot of the support you receive also comes from the fans because you come off as a racer who sincerely and genuinely appears to love what you do. What do you think?

Well, I mean I don't know if it's that I love the globetrotting thing. To be really honest, I look forward to the day that I don't have to get on airplanes. To be honest, the best part of the year is at the end of the year in December when I go home for a few weeks. That's my favorite period of the year. The globetrotting thing, or whatever you want to say, the traveling is a requirement and a necessity for me at the moment. In the world that we live in today, it's very difficult to do something different because everything has already been done. To stand out and to do something different and to do something unique and outside of the box is not easy. Unfortunately or fortunately, with the way my world is currently, I travel to lots of different locations. As a positive, I was just in Los Angeles to visit with friends and then I traveled out to New York. I do enjoy getting to go to different places and to get a taste of different cultures and different places, which is cool. But, yeah, as far as the traveling, I wouldn't say I love it because, naturally, you just end up tired all the time and you miss your friends. There is a balance that you have to try and strike, which I currently don't have (laughter).

What are your three favorite moves of all-time?
Favorite movies? Cool Runnings, Coming to America and Trading Places.

Lastly, what other forms of motorsport do you admire?
Generally, just MotoGP.