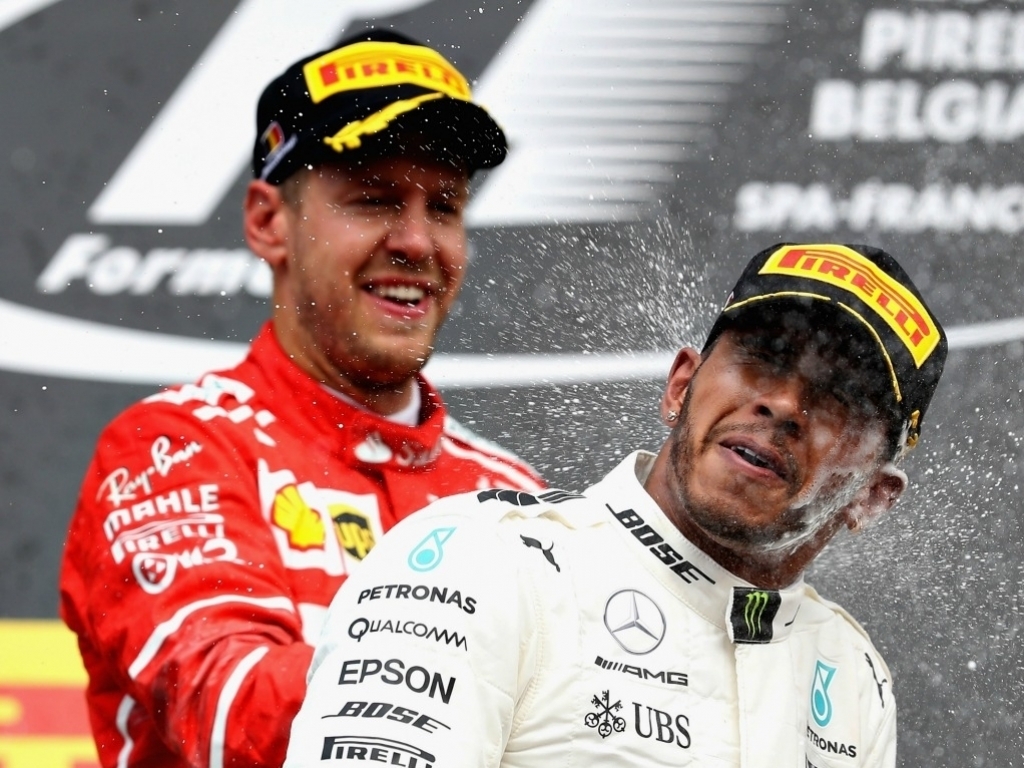 Lewis Hamilton insists he's not going to create a bitter rivalry with Sebastian Vettel even if there are "times probably he hates me more than I have any of that feeling."

Hamilton beat Vettel to the 2017 Drivers' Championship on Sunday, wrapping it up in Mexico.

It was a grand prix that saw the title rivals clash on the opening lap where contact was made, forcing both to pit and dropping them to the back of the field.

It was just the latest incident in their year-long battle, however, Hamilton says it is not going to lead a bitter feud.

"Look, we’re not 20-year olds, we’re grown men now so I think if you watch tennis, you watch the great players, the great golfers, great athletes in the world and the mind is everything," said the Mercedes driver.

"The mind is what is in control, not the things that surround it.

"Naturally you’re having a battle with the guy behind. There’s that famous saying, in the art of war, keep your friends close and your enemies closer.

"I do think it’s still very very important… if you look at Nadal and… when they came to… the composure that they have through a game, and then also how they present themselves after a win or a lose.

"I think stars and athletes like that really set an example and I try to follow that, really, take a lot of inspiration from that.

"I think there’s times probably he hates me more than I have any of that feeling… but I try not to contain any negativity in my life, no matter what is written, no matter what people say, I’ve managed to build this kind of barrier to bounce off negativity because I think love conquers all and positivity conquers all.

"So whilst you do want that feud after Baku and all of that, and even today, which seems a little bit odd, at the beginning of the race, it doesn’t matter. I think what matters is… as I said, it’s how you get up."

He added: "I hope everyone can really enjoy this year and some of the great battles we’ve all had and I’m not going to try and give even more controversy next year.

"I hope that we just give you more raw racing, you know? That’s what the sport needs, that’s what we’re struggling towards. I hope today was exciting. The little battles I had… I had so much fun.

"The one with Fernando was… I was like, really Dude? Come one. It was cool. What’s a shame is that Formula One cars, in particular here, overtaking is so difficult and so… there’s got to be some way of creating that battle without creating a deficit in engine power or something.

"There’s got to be some other way to have more fight back. We had this great race today and that’s the only battle I really remember that I’ve enjoyed as much."