Home Uncategorized Hamilton: One race at a time 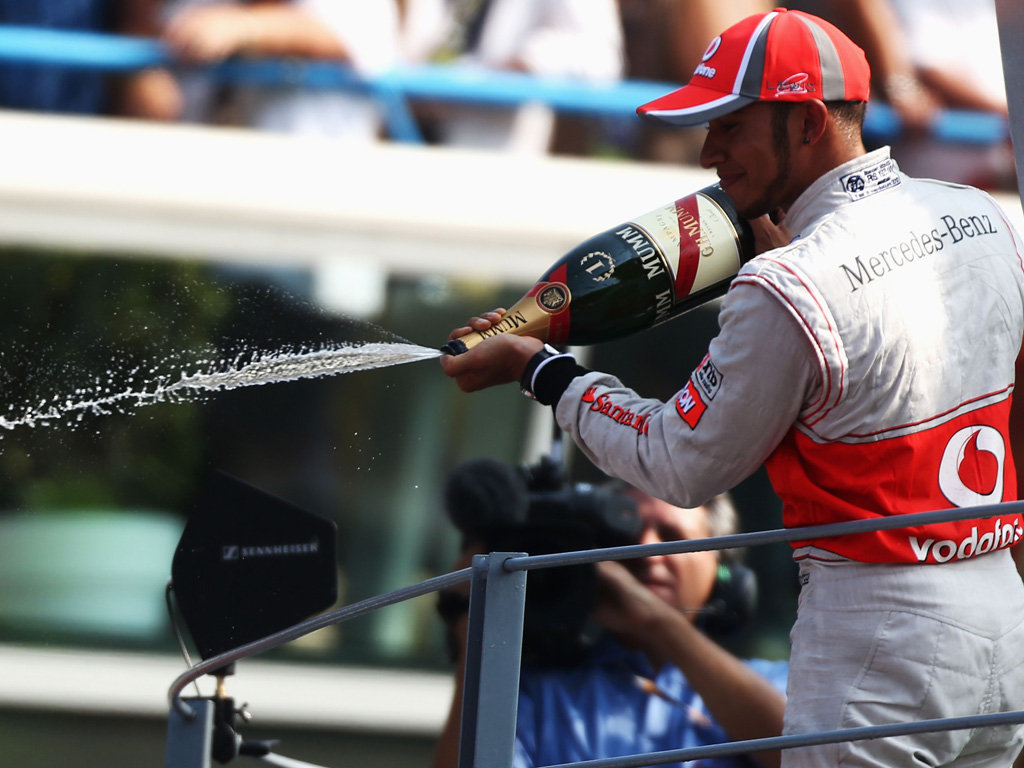 Lewis Hamilton is adamant he’s taking it one race at a time as he hunts down the World title rather than focus on his future.

Although his future was the hot topic in the build-up to the Italian Grand Prix with reports claiming he’s on his way to Mercedes next season, Hamilton refused to let the speculation – and constant questions – get to him.

Instead, the 27-year-old proved his mettle out on track, taking the Monza victory to move up to second place in the Drivers’ Championship.

Sunday’s triumph was Hamilton’s second in three races but it remains to be seen whether it’s enough to secure the Brit’s signature on a new McLaren deal.

“I’m not really focusing on next year. I want to focus on this year,” Hamilton said. “This is one race at a time and I’m trying to take this team to the top.

“It is an incredible team and I have a great relationship with them, so I’m really looking forward to the future.”

As for his outing at the Italian circuit, often billed as Formula One’s cathedral of speed, Hamilton says it was a dreaming outing as he easily stormed to the victory, well ahead of the chasing pack.

“Sometimes you need a race like that,” Hamilton said. “Every now and then you dream of something like that to happen and it came at a good time.

“It’s one of the races I hadn’t won so I am very, very happy.

“The team did an incredible job, the car’s been fantastic all weekend so a very, very strong performance by the team.”

However, it wasn’t without its moments as Hamilton admitted to a few concerns following his team-mate Jenson Button’s retirement.

“I was conscious something happened to Jenson so I thought to myself ‘please’.