Home Uncategorized Hamilton: Only mine? 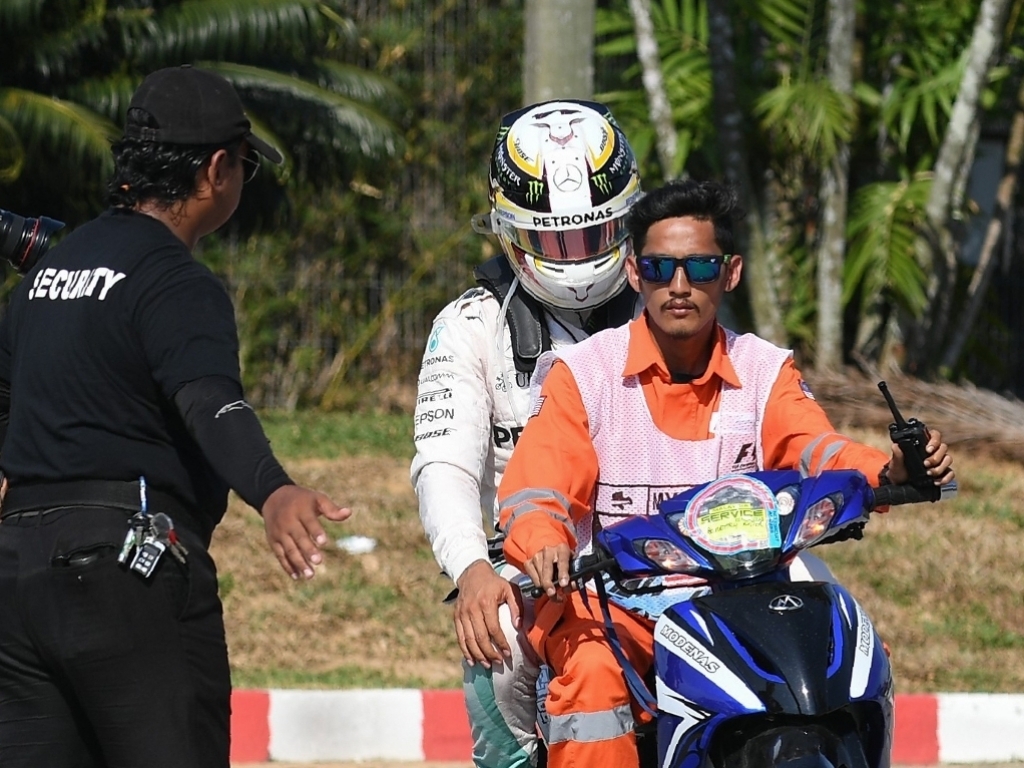 After his engine blow out at the Malaysian Grand Prix, Lewis Hamilton is curious as to why only his engines are suffering mechanical problems throughout the season.

The Brit was leading the race comfortably from pole position on Lap 40 when his engine decided to give in, causing a fire to ignite on his car.

Hamilton was not happy on the team radio as he suffered yet another mishap in his fight with his team-mate Nico Rosberg for his fourth Drivers’ Championship.

Though the Mercedes driver is willing to move on from the incident and get on with the rest of the season, he still suspicious that his engine problems are happening too often.

“I’ve just got to move on. I just can’t believe that there’s eight Mercedes cars and only my engines are the ones that have gone this way. Something just doesn’t feel right,” he told Sky Sports.

“It was a brand new engine… it is what it is. It’s just odd, there’s been like 43 engines for Mercedes and only mine have gone.

“Right now I don’t even know if my car’s going to make it. I know we’ve got it in us but who knows what the next engines that I have are going to do.”

Moving onto Japan next week, the 31-year-old has to now close a 23-point deficit on Rosberg with only five races left in the season.

“I will try and recollect myself and try to get myself together for the race next week,” Hamilton revealed to BBC.

“There are many decisive races but this is one of those. Someone doesn’t want me to win this year but I won’t give up. I will keep pushing.”