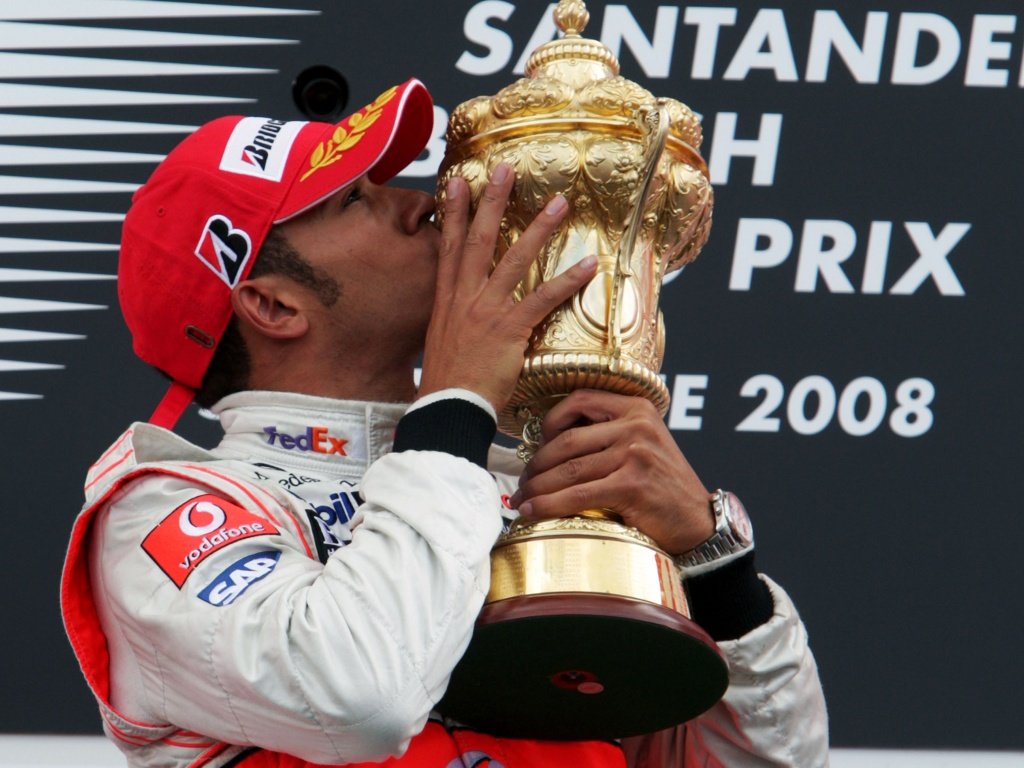 Lewis Hamilton says he doesn’t care what his trophies look like just as long as they come with ‘first’ on them.

Speaking ahead of his home race, the British Grand Prix, Hamilton revealed that in days of weird looking trophies, he is a fan of the one handed out at Silvertone.

And he’s especially in favour if it is marked as the winner’s trophy, something he got his hands on back in 2008 while racing for McLaren.

“Generally, Formula One trophies aren’t very good. I was looking back at 2003 and the trophies were awesome. The last few years…” Hamilton mused to the Daily Mail.

“Silverstone has a good one, but they don’t give it out. You use it and then you give it back.

“But at the end of the day it really doesn’t matter what it (the winner’s trophy) looks like, so long as it has ‘First’ on it.

“It could be an old tin can, or a Coca-Cola can with ‘First’ on it, it really would not matter.

“For Silverstone I cannot really explain how special it would be to win there again. It has been a long time since I did, but when I did it was just unbelievable.”

Reminiscing about his past British GP successes, the 29-year-old recalled his first pole position at Silverstone, which was in his debut season.

However, it wasn’t until the next year that he claimed his first home win, a feat he has failed to repeat.

“In 2007 being on pole, that was just such a unique experience.

“You really feel like everyone is with you, like you are doing it together, which is really a strange feeling.

“Then when I won in 2008 (in the wet), coming through the chicane where people were aquaplaning and going off, I could see the crowds getting up and cheering.

“From the corner of my eye I could still see them cheering, and you never want to disappoint them.

“In some races, when you go there and you don’t get the result, they are still so supportive afterwards, telling me ‘don’t worry, next time’.

“I am really confident I can do it this year. I have the car so there is no reason – and Nico’s not the reason – why we should not be able to do it.

“It’s coming at the right time. I have had a couple of dodgy races, so I need to get it back to how it should be.”